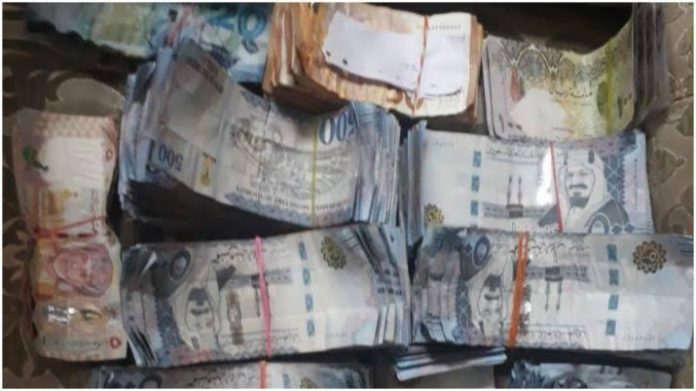 A novel way of currency smuggling set the Delhi Airport authorities on their heels when a passenger was caught with foreign currency worth Rs 45 lakhs stuffed in peanuts, biscuit packets and meatballs by the CISF.

The clever ruse was unearthed when a passenger named Murad Alam was intercepted by security personnel on Tuesday evening on account of his “suspicious” behaviour when he reached Terminal-3 of the Indira Gandhi International Airport to board an Air India flight to Dubai.

A video of the interception was uploaded by the CISF on its official Twitter handle which showed security officials cracking the peanuts, opening the sealed biscuit packets and hauling out meat pieces to extract concealed cash rolled inside.

CISF spokesperson Assistant Inspector General Hemendra Singh claimed that this was an ingenious and a peculiar way of smuggling currency. He added that when physical checking of the passengers’ baggage took place, high volume of foreign currencies were found hidden in cooked mutton pieces, peanuts, sealed biscuit packets and other eatables.

The approximate value of seized cache was Rs 45 lakhs which have been handed over to Customs authorities for investigation, Singh said.