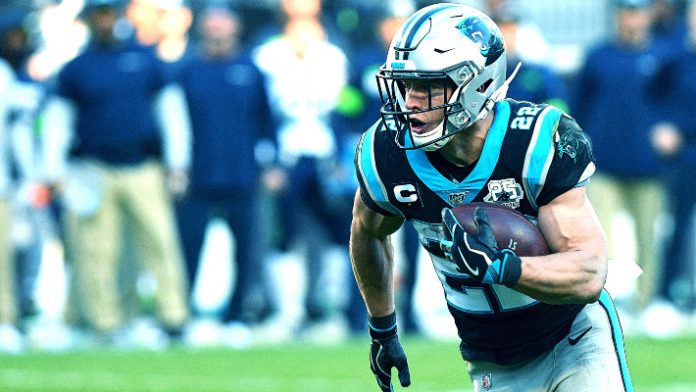 Christian McCaffrey has emerged as one of the NFL’s best running backs and the Carolina Panthers biggest offensive weapon in recent years, and he’s now being rewarded in kind.

It was announced on Monday that McCaffrey had agreed to a 4-year, $64 million extension with the Panthers that will make him the league’s highest paid running back, per ESPN’s Adam Schefter and confirmed by NFL Network’s Ian Rapoport — along with a statement from McCaffrey himself.

Source: The #Panthers are signing RB Christian McCaffrey to a 4-year, $64M extension. A big payday for the Carolina star.

Christian McCaffrey: “I’m so excited to continue my career in Carolina. I want to thank Mr. Tepper, Marty Hurney, and Coach Rhule for the opportunity to help lead this great franchise, and to all my teammates for their help along the way. And to Panthers fans, KEEP POUNDING!”

McCaffrey has rushed for nearly 2,500 yards over the last two seasons, while also being an elite receiving threat out of the backfield. Last year he rushed for 1,387 yards while catching 116 passes for 1,005 yards and 19 combined touchdowns. His pass catching ability makes him a more dynamic threat than many backs, but it’s still a massive contract to hand out to a player that plays a position that has, largely, become a non-critical position.

The caveat that he can be a 1,000 yard receiver as well as a 1,000 yard rusher will surely be brought up by many when discussing this new deal, but given how many big, long-term deals for running backs have aged poorly in recent years, there will surely be questions asked of this decision. On McCaffrey’s side, it’s a brilliant job to leverage his last two seasons of production into some long-term security at a position that is rarely afforded that. Hopefully he can make good on this deal, and it certainly sets a new price point for other top tier backs, such as Derrick Henry, who are looking for a long-term deal of their own.