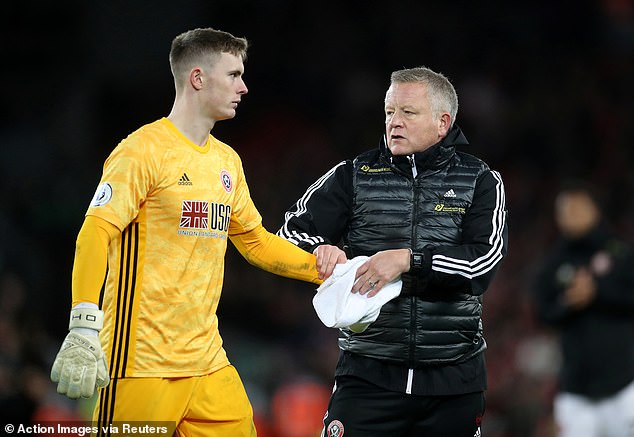 The 23-year-old has been on loan at the Blades from Old Trafford this season and has impressed in between the sticks.

Henderson has played a pivotal role as Wilder’s side made a sensational push for Champions League football prior to the suspension of the Premier League.

Wilder has opened up about Henderson’s error against Liverpool earlier in the campaign, highlighting the youngster’s strong mentality.

‘There is always that period after the game, look at that game in isolation, European champions and a fantastic experience for all concerned, our first big game back in the big time,’ he said on Sky Sports’ The Football Show.

‘I spoke to Dean after, he wants to win 50 caps and play for Manchester United and he has to overcome disappointments.

‘His reaction shows our changing room. Last year against [Aston] Villa, 10 mins left he had a disappointing 10 minutes when we could have gone top and he came roaring back. I am the biggest supporter and backer.’

Despite letting Georginio Wijnaldum’s strike slip through in September, Henderson has kept 10 clean sheets – the same number as Manchester City’s Ederson – and was called up to England by Gareth Southgate in October.

Henderson’s loan spell at the Blades is due to expire this summer when he is set to return to the Red Devils. 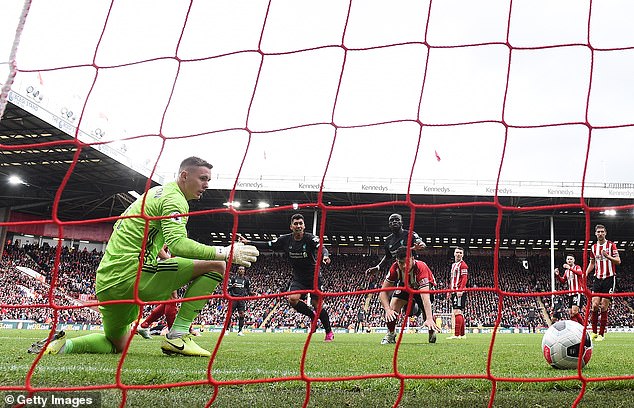 The shot-stopper has United first-choice David de Gea currently ahead of him as well as Everton’s Jordan Pickford and Burnley’s Nick Pope as challengers to be Three Lions’ No 1.

But Wilder has backed Henderson to be England’s go-to guy in the future, he added: ‘100 per cent. He is pushing now, he’s a young boy and we talk about mistakes but he gets over them.

‘He has got a mental strength to play in goal with his a hugely difficult position and a brilliant attitude and ability. I am sure he will be pushing and gaining that England shirt he is desperate to get.’ 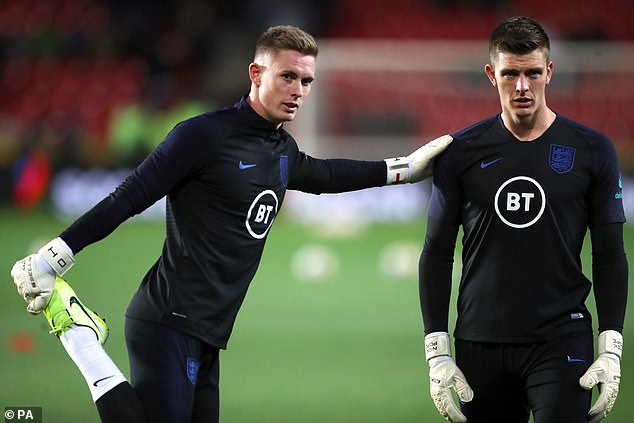