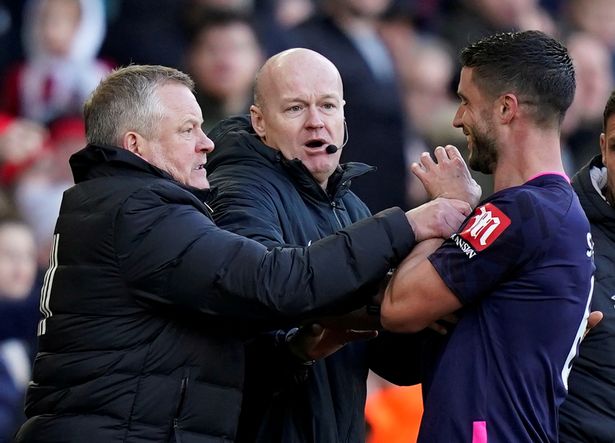 Chris Wilder has held his hands up and admitted he let his emotions get the better of him after being embroiled in a furious bust-up with Bournemouth’s Andrew Surman.

The Sheffield United boss was confronted by Surman, who was attempting to get the ball back, following John Egan’s late challenge on Dan Gosling during Sunday’s feisty encounter.

Premier League fourth official Lee Mason and a Bramall Lane club security man had to step in after the pair pushed each other and the situation threatened to boil over.

Once the situation calmed down, referee Jonathan Moss showed Wilder and Surman yellow cards for their part in the unsavoury touchline spat.

And the Blades boss had no complaints, though he refused to apologise to the Cherries midfielder.

Commenting on his booking, Wilder said: “I accept it. It’s a passionate game, I’m a passionate manager and I have no issue with Eddie Howe or his player.

“He thought I had the ball behind my back and I didn’t. It calmed down after that but I wanted to win and they wanted to win. 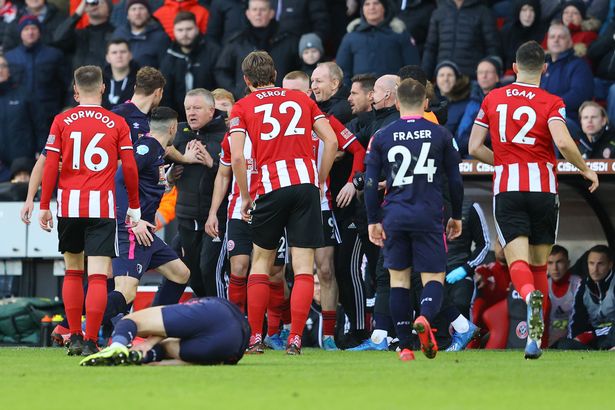 “I would be disappointed if people do not show emotions in a game.”

The win moved the Blades up to fifth in the Premier League table and to within two points of Chelsea, who occupy the final Champions League spot. 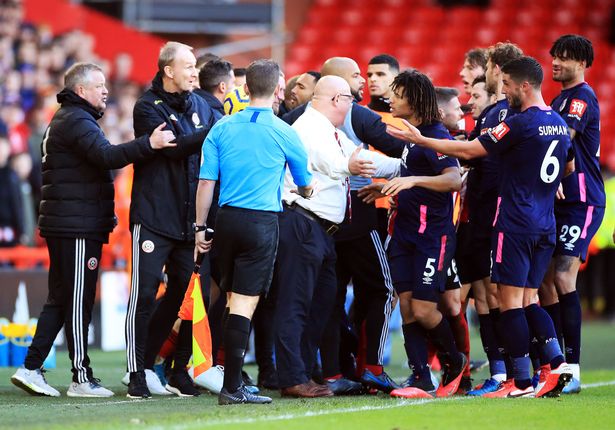