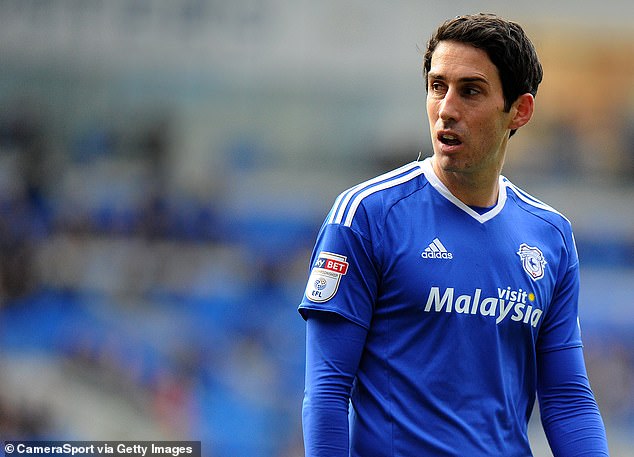 Michael Chopra has paid tribute to ‘humble’ former team-mate Peter Whittingham who has died at the age of 35.

Whittingham died as a result of the head injuries he suffered after falling down the stairs at a pub in Barry on March 7 having watched Wales’ Six Nations clash with England.

The pair were part of the same Bluebirds team that reached the play-off final in 2010, and Chopra shared his fond memories of that season after learning of Whittingham’s death.

‘He’s a humble guy and it shouldn’t be him. He would always stop for autographs and entertain fans, that’s the kind of guy he was.,’ he said on Sky Sports News.

‘I remember the season we got to the play-off finals Whit’s was the top scorer and being a striker I wanted to score, Whit’s got the first one [penalty] and I said let me get one.

Whit’s said: ‘You can have the next one when I miss,” and he didn’t miss all season. 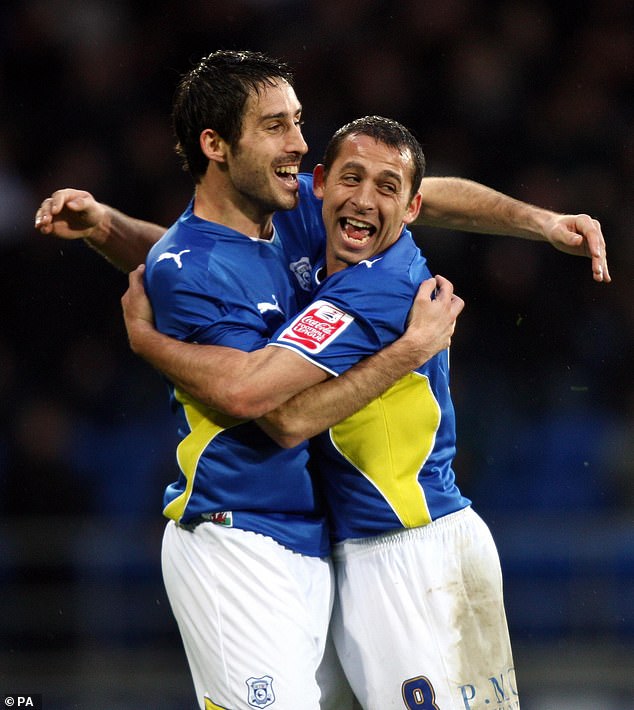 ‘He wasn’t just scoring goals but wonder-gaols with his left foot. I look back and think what a player, what a privilege to play with him.

‘He played in a Cardiff City team that was probably the best team that Cardiff has seen and a lot of that was down to him as well.’

The former Newcastle striker had already tweeted out a message before his appearance on the programme.

Taking to the social media platform, he wrote: ‘Devastated to have lost an old team-mate had some great memories on and off the pitch with you football has lost a great guy and player gone too soon deepest condolences to your family. RIP Whitts.’