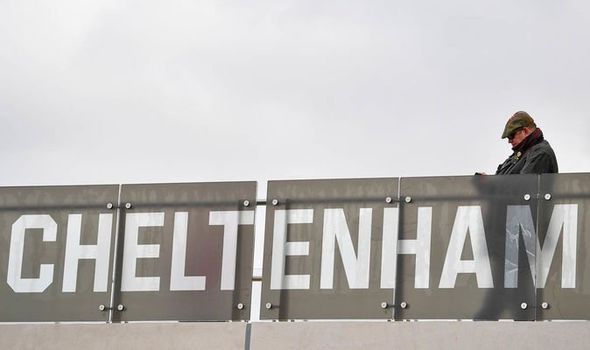 With the king abdicating, CHANCUN POUR SOI (3.30, nap) can take the crown in today’s Betway Champion Chase. Despite the late withdrawal of Altior, twice the winner of today’s championship contest, due to lameness, Chancun Pour Soi will still have a fight on his hands with Defi De Seuil.

This season, Defi Du Seuil has shown that he is a king in waiting by taking his last three races.

Also, he has a huge plus in favour as has winning form at Cheltenham, but he had his nose bloodied by Chancun Pour Soi at Punchestown.

On that occasion he was beaten fair and square and there is no conceivable reason why he should turn the tables as they meet on the same terms.

Willie Mullins has made no secret as to how high he rates Chancun Pour Soi and this is understandable after he slammed Min on his recent start at Leopardstown last month.

Surprisingly, Mullins has yet to celebrate in this contest, but that frustration of defeats now appears to be over.

Paul Nicholls, as usual, is not short of confidence regarding his pair, Dynamite Dollars and Politologue.

But Politologue, second in the race last year, has been beaten twice by Defi Du Seuil in his recent starts, and Dynamite Dollars is a second season chaser who has a mountain to climb.

Philip Hobbs, responsible for Defi Du Seuil, has the answer in the opener with Sporting John (1.30).

Throughout the season the gelding has improved with every outing and he will need to step up again when he takes on Envoi Allen, Ireland’s banker of the meeting.

Gordon Elliott has expressed reservations about the testing ground for Envoi Allen but the more rain the better for Sporting John.

Elliott is making the right noises about TIGER ROLL (4.10) celebrating a third successive victory in the Glenfarclas Cross Country Chase.

After requiring surgery for a bone chip, Tiger Roll showed that he has not lost his ability or appetite for the game when fifth over hurdles on his return at Navan last month.

His controversial owner the Ryanair boss Michael O’Leary can earlier celebrate with MINELLA INDO (2.10, nb) in the RSA Chase.

He was an impressive winner of last year’s Albert Bartlett Hurdle at the Festival.

Built like a tank, the gelding has always looked to be a better prospect over fences and this event is tailor made for him.

Champ will be a popular choice, but he does not inspire after taking thumping fall at this course in January.

Also, his form falls short of the selection.

Nicky Henderson might have missed the gig with Altior but he can take the Boodles Hurdle with PALLADIUM (4.50).

The gelding is clearly progressing and his credentials are outstanding.

Having bagged the Weatherbys Bumper on nine occasions, Willie Mullins believes APPRECIATE IT (5.30, treble) can make it 10.

On a recent visit to his stables in Co Carlow, he was not holding back about the gelding’s chances and flagged him up as his best prospect at the meeting.