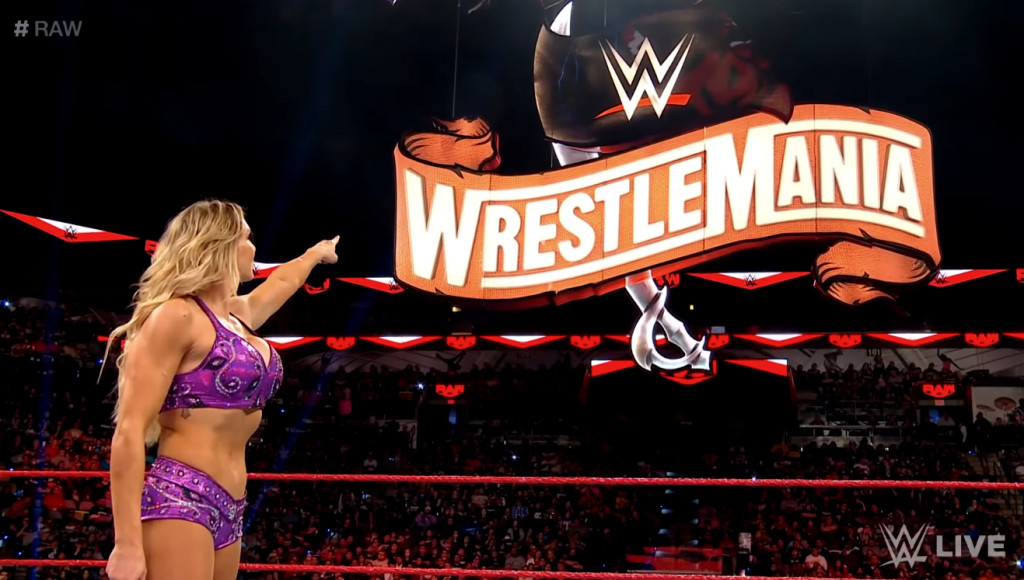 When Charlotte Flair won the Royal Rumble, giving her the power to challenge the champion of her choosing to a WrestleMania title match, I think a lot of fans immediately assumed she’d pick Becky Lynch, her longtime close friend and bitter rival with whom she shared the Main Event slot of last year’s Mania (alongside Ronda Rousey). But she didn’t make that challenge on the Royal Rumble PPV, and she didn’t make it last night on Raw. So maybe something more interesting might be in the works, but what? It’s not like another feud with Smackdown Women’s Champion Bayley would be any more fresh of exciting for Charlotte. Thankfully, it sounds like WWE has found a more appealing third option.

According to Meltzer at the Wrestling Observer, the plan is for Charlotte to face Rhea Ripley for the NXT Championship. PWInsider is reporting in fact that the Queen is headed to Orlando this week, and scheduled to appear on NXT tomorrow night, presumably to make the challenge to Ripley in person.

Rhea Ripley versus Charlotte Flair ought to be a great WrestleMania match, plus it opens up Becky Lynch and Bayley to feud with other opponents. And if Charlotte has a few other matches with members of the NXT Women’s Roster along the Road to WrestleMania, that ought to draw some eyes.