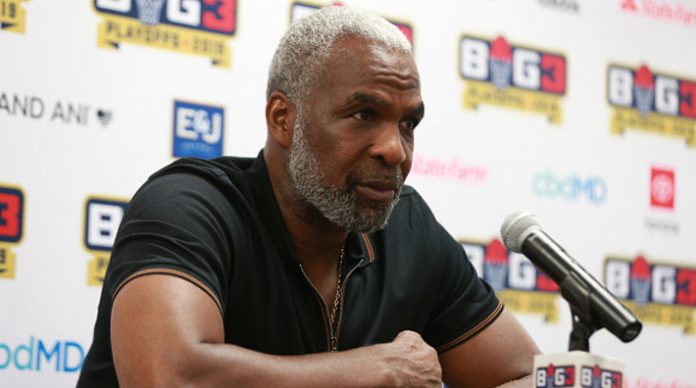 To say that Knicks legend Charles Oakley and team owner James Dolan have had an acrimonious relationship would be a huge understatement. Things reaching their tipping point in February of 2017 during a home game at Madison Square Garden when Oakley was forcibly removed from the arena by security guards.

A team statement implied that Oakley was intoxicated at the time and even went on to suggest that he had larger, ongoing substance use or psychological issues. Oakley sued the Knicks for defamation of character after the incident, and the two sides have been embroiled in a legal battle ever since.

Oakley’s suit was dismissed by a federal court last month, but former Knicks forward is apparently still seeking restitution, and now a judge has order the two sides to enter mediation later this month in an effort to settle the dispute.

In the latest development in the ongoing legal battle between Knicks owner James Dolan and fan favorite Charles Oakley, the two have been ordered into mediation by a federal appeals court, according to a document shared on Twitter Sunday by attorney Daniel Wallach.

The mediation is scheduled to take place via telephone on March 31, and both Dolan and Oakley must participate.

This isn’t the first time the Knicks’ embattled owner has had an ugly spat with a high-profile and widely-beloved figure associated with the team. Before the shut down, Knicks superfan Spike Lee was refusing to attend home games for the remainder of the season after an incident in which Dolan accused him of using the wrong entrance.

As has been all too often the case in recent years, it’s been one fiasco after another for the Knicks. Most recently, they were reportedly one of the few teams in the NBA that was still holding out on shutting the league down or playing without fans amid the coronavirus pandemic before commissioner Adam Silver made the decision to go on hiatus following Rudy Gobert’s positive test. Still, it wouldn’t hurt to have at least one of their ongoing battles resolved.