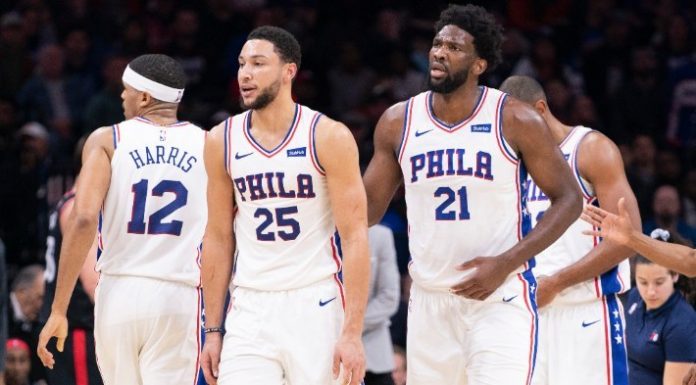 The Philadelphia 76ers entered Thursday night 31-20 on the season, tied for fifth in the East with the Pacers and 12.5 games behind the Bucks, who they played in Milwaukee.

For a team expected to occupy a similar tier as the Bucks, their inconsistent play this season, particularly their struggles on the road (1-12 againsts above .500 teams outside of Philly) has been frustrating for fans in Philly and beyond. Their latest meeting with the Bucks was the first game of TNT’s doubleheader on Thursday, and Charles Barkley didn’t hold back when criticizing this year’s Sixers squad, calling them “The Cleveland Browns of the NBA.”

“Let me just go ahead and vent now,” Barkley said. “You know I picked the Sixers to get to the Finals. I think they are the softest, mentally weakest team that had a bunch of talent. They are the Cleveland Browns of the NBA. They got a lot of talent, and they talk the talk, and that’s it. Last summer, and I feel for it, one of our bosses he had me on the Cleveland Browns bandwagon, cause they came out telling everyone how good they were going to be, and then they got punched in the mouth in Game 1 and punched the rest of the season. The Philadelphia 76ers were my preseason pick to get to the Finals, but they just talk, Ernie.”

It is, honestly, not the worst comparison I’ve heard for this year’s Sixers. A team that looked good on paper and had expectations coming into the summer and didn’t shy away from those, only to fall flat. The good news is there’s time for Philly to figure it out, but Barkley isn’t wrong that they simply haven’t seemed willing to put in the full effort needed to turn things around. The TNT crew has a tendency to throw around the word “soft” a lot, but with Philly, the mental side of things and just pushing through whatever is bothering them internally does seem to be their biggest challenge. We’ve seen, most notably in their Christmas Day win over the Bucks, that they have the talent to get it done, but they have to find a way to work together and buy in to what they’re doing in order for them to fulfill their potential.