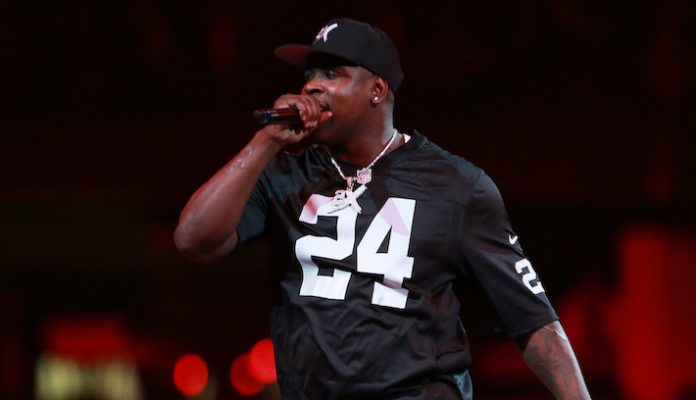 Late last year, Casanova shared Beyond the Scars, his second album in as many years. Ten tracks long, it featured the likes of Fabolous, Young Thug, Gunna, and more. Previous he’s shared his stripper-filled video for “So Drippy,” which boasted the first two artists; now he returns with another for “Woah,” his collaboration with Jeremih.

The video finds the two taking over what looks like an empty warehouse, bringing a group of women and a white Porshe for their mini-party. There’s a lot of show-off-y camera angles, including one beneath a glass floor, all while the two artists pop collars and fix their chains and firing off lyrics.

Casanova’s latest video comes after the rapper was criticized for not adhering to the severity of the coronavirus. “As long as this grass needs cutting, as long as I got to pay child supports, as long as I got to pay lawyer fees, I’m the f*ck outside. I’m not violating corona. … I’m working. I’m busy,” he said in an Instagram post. After a visit to The Breakfast Club that saw him essentially get schooled on the virus, Casanova retracted his statements in another post saying, “Everybody ‘WE INSIDE’ and I’m gonna drive y’all crazy on Instagram cause I hate being inside.”

You can watch the video for “Woah” above.