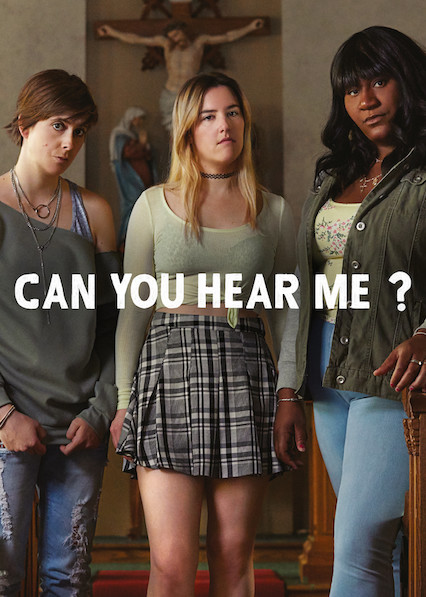 Can You Hear Me is making the waves with the amazing portrayal of the struggles of three women in the world of poverty, domestic abuse. Released on the 4th of June 2020 in Netflix USA, Can You Hear Me is a French drama comedy series which was initially aired in Netflix Canada and French TV channels.

Can You Hear Me Season 1 Episode 10 Highlights and Ending: How Did the Season End?

Can You Hear Me Season 1 comprised of ten episodes. The season finale ends on a depressing note and leaves the three friends in different locations. Can You Hear Me Episode 10 kicks off with Ada straying around the streets drunk and wanders with the perceived notion that she cannot be found. Fabiola and a drunk Ada meet and the former helps Ada come back to her senses. Fabiola and Carolanne eventually discuss the prospects of revealing the rape after Ada sleeps. Carolanne says that Keven was helpless and all the three of them were heavily drunk.

Ada has a bad hangover and return to soberness. Ada and Nassim share a moment of intimacy and Ada vents her fury on her friend’s plight. Ada’s visit to her counsellor was the last session. Ada finds Keven while going to the bar to meet Keven and she cooks up a story about Carolanne’s injury and whisks Keven with her. Apparently, Ada tried to cut of Keven’s genitals and the news is thrown out on the headlines which Nassim sees.

The ending of Can You Hear Me Season 1 sees Ada ending up in jail and Fabiola visits here there. Fabiola mentions that Carolanne and herself will not meet her in jail anymore because Ada took things to a whole new level of criminal wrath. Ada’s powerful words resonate towards the end of the season, “Did you not hear me? You two are my people.”

The three friends are no longer together and the season ends in a cliffhanger leaving the prospects of darkness to continue in the lives of Ada, Fabiola and Carolanne.