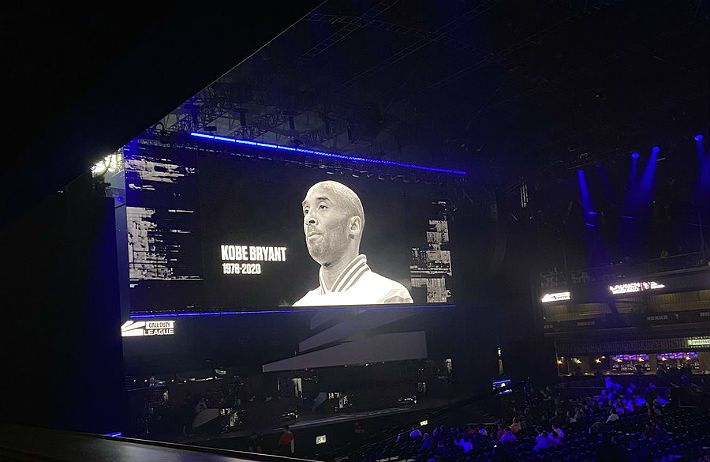 Call of Duty League was set up to have a fun matchup on Sunday with NBA stars Karl-Anthony Towns and Andrew Wiggins playing in a 2v2 hype battle. The two Wolves players are known Call of Duty fans and were scheduled to play a match against each other along with Vince Staples and Michael B. Jordan in an exciting hype battle.

That event never happened on Sunday, however, as the NBA world learned just before that Los Angeles Lakers star Kobe Bryant had died in a tragic helicopter crash that also took the life of his 13-year-old daughter, Gianna.

An icon to many, Bryant is almost every young player in their 20’s or early 30’s favorite player. NBA players everywhere grew up watching him. Including Wiggins and Towns. In response to the tragedy, the Call of Duty League canceled the hype battle in its entirety.

Instead, a moment of silence was held in memoriam of Bryant with an image on the screen before other events continued.

Towns and Staples both tweeted their feelings about Bryant’s death from the venue in Minnesota, clearly hurt by the news of the tragic crash.

Towns and Wiggins are one of many players in the NBA that had a special place in their heart for Bryant. Players have modeled their games after him, worn his jersey, watched tape on him, and idolized him. It makes perfect sense for COD League to cancel this event so they can mourn.