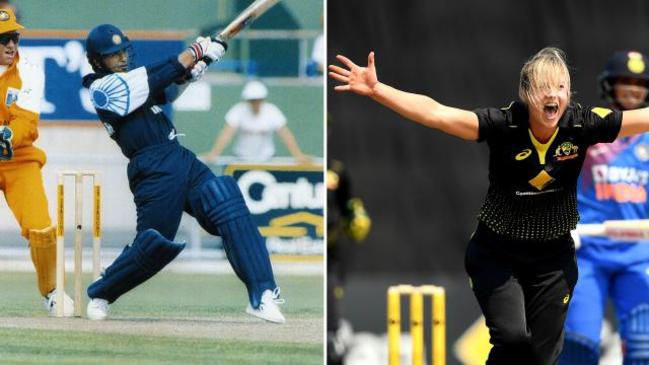 Some of the biggest superstars to play cricket will lock horns as they raise funds for the Australian Bushfire appeal.

Legends of the cricket world will unite to raise funds the Australian bushfire appeal in a contest that will see some of the best players go head-to-head.

The game is set to get underway at 3:15pm (AEDT) and will be played at Melbourne’s Junction Oval after being moved away from Sydney due to the weather.

Brian Lara hasn’t missed cricket since calling time on his international career 13 years ago, but the West Indian legend’s hunger is back.

After training with Ricky Ponting ahead of Sunday’s bushfire relief game in Melbourne, the left-handed batting maestro is primed and ready. Lara will line-up in the Ponting XI for the 10-over exhibition game alongside fellow greats like Wasim Akram and Matthew Hayden.

There will be a combined experience of 756 Tests in that team – and that’s not even including coach Sachin Tendulkar’s 200 matches.

“I don’t miss the sport. But the moment you put your pad on and the glove, you start to move your feet and get going it’s just an amazing feeling,” Lara told reporters on Saturday.

If I’m batting three on Sunday, hopefully this guy is on my team and batting four @brianlara pic.twitter.com/dsaXhJTLoU

“Everything comes back at that moment.

“It makes (Sunday) even more exciting on a personal note as a former cricketer to get out there and see if I can get some runs.”

The match will be played at a sold-out Junction Oval in Melbourne, which has a capacity of 7000, after heavy rain scheduled for Sydney forced it to be moved away from the SCG.

Adam Gilchrist will captain the other team after commitments with the Nelson Mandela Foundation in South Africa forced Shane Warne to withdraw from the match.

All match profits and funds raised at Cricket Australia across the weekend will go to the Australian Red Cross Disaster Relief and Recovery Fund.