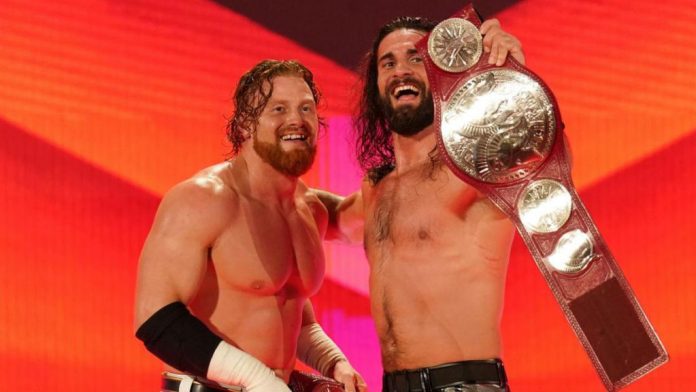 Back in November 2019, Mustafa Ali got the “Mustafa” added back to his name after about eight months spent as “Ali.” Brandon Stroud concluded UPROXX’s article about it with “Let’s hope this doesn’t mean they’re taking away Buddy Murphy’s ‘Buddy’ and just calling him ‘Murphy.’”

Well, as of this week, that exact thing has happened.

The former Cruiserweight Champion and current half of the Raw Tag Team Champions had his changed on WWE’s website on Friday a few hours before Smackdown. Amazingly, even though “Murphy” sounds more like the name of a dog or an Irish cop than a wrestler, it’s already been the ring name of a performer in a major wrestling promotion — TNA had a “Murphy” from 2010-2011.

The upside of WWE’s latest, seemingly pointless shortening of someone’s name is that it could have been worse. They could have gone the “Shorty G” route and just started calling him “Buddy.” (Actually, “Buddy” might fit his current role as Seth Rollins’ sidekick better.) But as it is, he has become “Murphy.” The Raw Tag Team Champions are currently held by the team of Seth Rollins and Murphy.