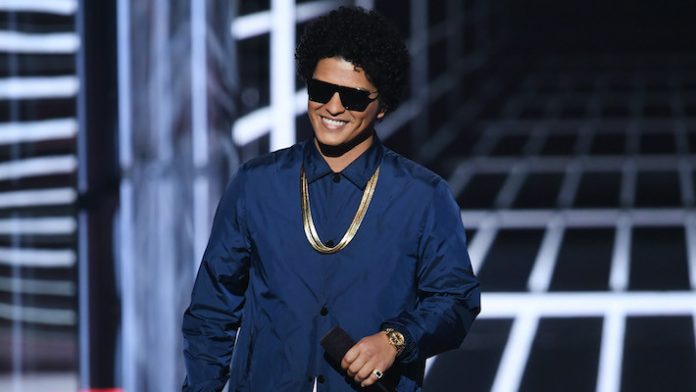 Back in 2016, Bruno Mars was at the top of the music industry, all thanks to the success of his third album, 24K Magic. This past November marked three years since Bruno Mars delivered that album, so it’s a good bet that 2020 is the year album number four arrives. Today we learned that Mars indeed has music plans in the works, even if it may not be an album.

According to Deadline, Mars has just signed a deal with Disney to produce and star in a music-led theatrical narrative film. While the film’s plot is being kept a secret, it is also been reported that a majority of the music in the film will be originally crafted by Mars. It will be Mars’ return to film, having appeared in the 1992 comedy Honeymoon in Vegas, back when he’s was six, and in Rio 2 in 2014.

Disney’s latest deal comes right after another big one: paying $75 million to Lin-Manuel Miranda so they can release a filmed edition of his stage musical Hamilton, which will feature the original Broadway cast from the musical’s 2016 Tony-winning run. The Hamilton movie will hit theatres in October 2021.