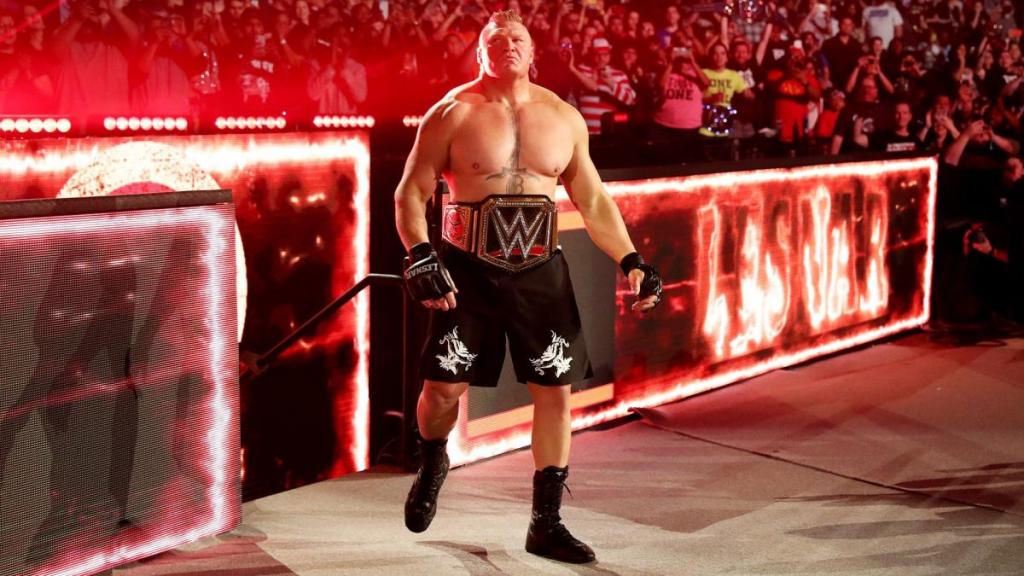 Brock Lesnar‘s appearance in the 2020 Royal Rumble was historic for a number of reasons. First off, it was the first time a WWE Champion had entered the Rumble and declared himself the No. 1 entrant ahead of time. Lesnar was also only the fourth WWE Champion in sport entertainment history to compete in the Rumble match, joining the ranks of Randy Savage in 1989, Hulk Hogan in 1990 and Roman Reigns in 2016. The Beast also eliminated 13 men during his time in the ring, setting a new record for the most eliminations in a traditional 30-man Royal Rumble match. (He is tied with Braun Strowman at 13 eliminations in a single match if you include the 50-man Greatest Royal Rumble match from 2018.)

Lesnar’s Royal Rumble appearance was interesting for another reason, as well: His in-ring time from the Rumble match is nearly equal to his entirety of his 2019 in-ring time. Last year, Lesnar spent 35 minutes and one second competing in eight different matches, with his longest bout coming in at 13:25 against Seth Rollins at SummerSlam 2019. This year, he’s already spent 26 minutes and 24 seconds in a WWE ring — or 75.39% of last year’s total in-ring time.

This was Lesnar’s fourth Royal Rumble match appearance, and it was his longest — in fact, if you add up the times of his three previous appearances (2013, 2016 and 2017), they only come to 23 minutes and one second combined.

We’ve seen more Brock Lesnar on WWE TV in January than we have in a long time. Does this mean the Beast is becoming more than just a part-time champion? We’ll have to wait and see.