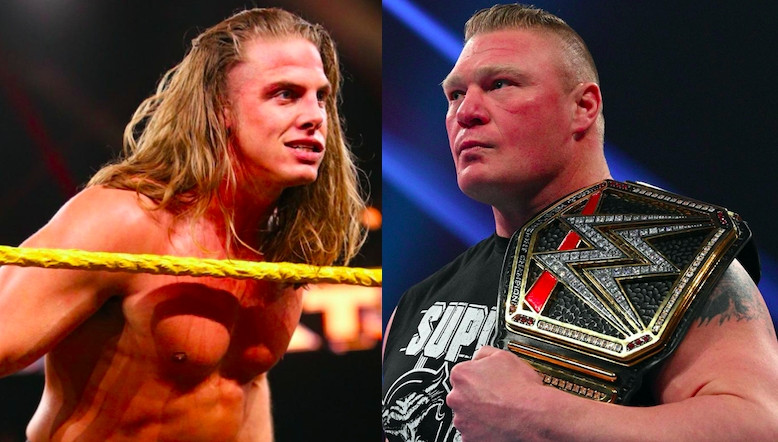 Royal Rumble weekend gave us a ton of big-time stories: Edge came back! AJ Styles was injured! Andrade was suspended! But one of the biggest powder kegs many people were hoping would explode was the potential for interaction between Brock Lesnar and Matt Riddle, two former UFC fighters who now spend their time in the squared circle.

Riddle has long maintained that he wants to retire Lesnar from professional fighting, be it MMA or sports entertainment. He’s called him out online numerous times (but Lesnar isn’t exactly active on Twitter). Both men were involved in the 2020 Royal Rumble match, but Lesnar was eliminated before Riddle could get to the ring, so a televised confrontation wasn’t in the cards.

However, as first reported by Pro Wrestling Sheet and later confirmed by talkSPORT, Lesnar and Riddle had a confrontation backstage, (presumably) off-camera. According to talkSPORT, the confrontation was quick, with Lesnar telling Riddle:

“Kid, you might as well stop saying my name and tagging me in shit because you and I will never work together. Ever.”

Some have speculated this led to Riddle’s quick elimination in the Royal Rumble match, as the King Of Bros only lasted 41 seconds before being dumped over the top rope by Baron Corbin. Riddle hasn’t offered up much since his Sunday showing, posting this cryptic message on Instagram earlier today:

This is a pic from this years 2020 Royal Rumble, as you can tell by my face everything went according to plan #sarcasm #bro

Riddle is set to compete in the Dusty Rhodes Tag Team Cup this Wednesday on NXT. It remains to be seen if this interaction will affect his standing in the yellow brand. One thing’s for sure: Riddle is good at making enemies out of WWE champions.