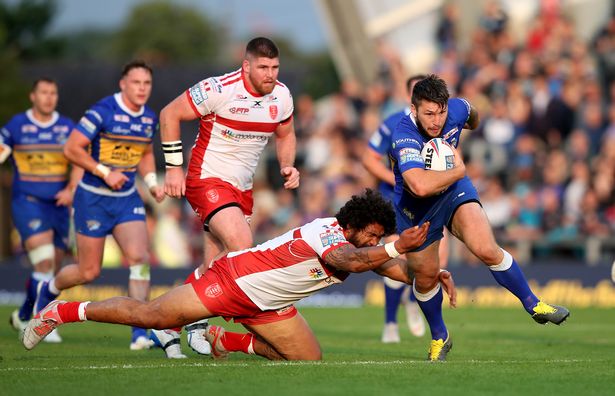 Tom Briscoe doesn’t know whether to laugh or cry after winning a seven-month ­battle with a severe knee injury.

The Leeds Rhinos winger was thrilled to get the all-clear to make his comeback… only to have the chance snatched away when the season was suspended because of the coronavirus.

Briscoe, 30 last Thursday, is now trying to maintain his fitness as best he can, so he will be ready whenever Super League resumes.

He said: “I have had a long rehab and treatment period, and you think you’re getting to the end… then the goalposts get moved and we’re looking at the possibility of another few weeks.

“It is very frustrating.”

But at least the delay puts off a potentially awkward conversation around the Briscoe family dinner table.

Younger brother Luke got a rare opening with the Leeds first team when Tom suffered his ACL injury last August, and has played all but one game since then.

But the 26-year-old, who had previously been on dual ­registration at Championship side Featherstone, could well start missing out again with the return of Tom, who said: “We will see what happens, but I’m just ­thankful it’s not a decision I have to make, as to which of us plays.

“We have played long enough now to understand that it’s not personal, and there will be no hard feelings from whoever misses out.

“Injuries are part of the game, and Luke got his chance because I got injured. Hopefully we can play together at some stage.”

Briscoe, who started his career with Hull, has won the Super League twice and the Challenge Cup twice with the Rhinos.

He is also in the record books after becoming the first player to score five tries at Wembley, in the 2015 50-0 Cup win over Hull KR.