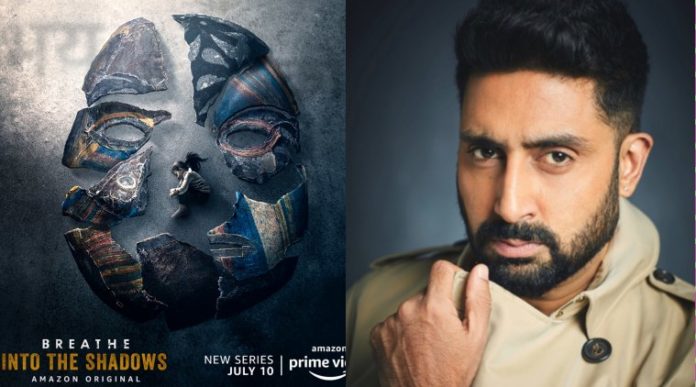 Amazon Prime Video released yet another cult classic to add to its list alongside Mirzapur, Four More Shots Please, Made in Heaven and Paatal Lok. Abhishek Bachchan and Nithya Menon provided the series a much needed buzz but ‘Breathe’ Season 2 would have lived upto the expectations no matter what. Starring the prominent cinema stars in the lead roles, the dark Delhi based crime thriller drama revolving around the kidnapping of the couple’s daughter Siya and another teenage girl sets the benchmark high for the quality of content produced in Amazon Prime Video so far.

The ending of ‘Breathe’ looked inconclusive in solving the mystery around why Avinash Sabharwal still suffers from Multiple Personality Disorder (MPD). However, it has left a few stones unturned which makes the possibility of ‘Breathe’ Season 3 or the second Season of Breathe Into the Shadows definitely possible.

‘Breathe Season 2’ Ending Explained – What Are Unanswered Questions and Expected Twists in Season 2?

The ending of Breathe Season 2 was a stunning cliffhanger which kept all the possibilities for the resurgence ‘J’ open. Though, the reason for ‘J’ still existing in Avinash’s mind is quite obvious (incomplete mission with seven more murders at stake), how ‘J’ will go about things is unclear

Will Shirley Help ‘J’ in Murdering the Remaining People?

There is a lot of buzz about ‘Breathe’ Season 2 ending and what could happen next when Shirley leaves the mental hospital in which Avinash is being treated. Considering the case details are now public, Shirley knows that ‘J’ exists and it was ‘J’ who was interested in her and not Avinash. Considering Shirley knows this, is she nurturing ‘J’ and helping him in his next moves?

Will J’s Target Be Kabir Sawant?

Considering Kabir’s prowess in solving the case of ‘Ravana killings’ there was no way any other police personnel could’ve proactively cracked the whole maze around the Avinash’s split personality. To clear the path for his remaining mission, will ‘J’ take out Kabir Sawant first?

We expect the greedy and manipulative officer Zeba to take credit for Kabir Sawant’s case and hence, there is a high chance Kabir could be sidelined.

Will Siya Accept Avinash As Her Father Again?

After three years of treatment, Avinash looks fine and tries give his wife, Abha the confidence that he can return home. However, Abha’s apprehensive about his readiness to lead a normal life as yet. She explains Siya’s doubt if the ‘bad uncle’ or ‘J’ will come out again. Siya is right, ‘J’ will be back in Breathe Season 3 to continue the murder trail but will Siya be the bait yet again or is it going to be somebody else?

Abha and Inspector Kabir Sawant were the major hurdles to his mission to continue murdering people who had a back impact on Avinash’s life. Like principal Murthy, who was good to Avinash but bad to ‘J’ , ‘J’ might consider Abha and Kabir to be on the same lines. Considering this angle to the plot, it is likely that ‘J’ might take out Abha too and we know he already tried to kill her when she followed him into the hideout.

Will Avinash Be Killed in A Quest to Get to Rid of ‘J’ ?

The possible ending of Breathe Into the Shadows Season 2 or Breathe Season 3 could be the end of Avinash Sabharwal to get rid of his dark split personality character ‘J’. It might be possible that Siya murders him to save her mother in danger.

With a spectacular Season 2 of Breathe: Into the Shadows, the possibility of Breath Season 3 becomes higher. Unlike the first and second seasons, Season 3 will be a continuation of the plot which is left open in Breathe Season 2.

‘Breathe’ Season 3 is scheduled to release in October 2021. However, the Covid-19 situation and the cast Abhishek Bachchan testing positive for Covid-19 is likely to delay the official confirmation from the makers or Amazon Prime Video.

Are there any other plot twists which you consider to be possible in the third season of Breathe? Let us know in the comments below.