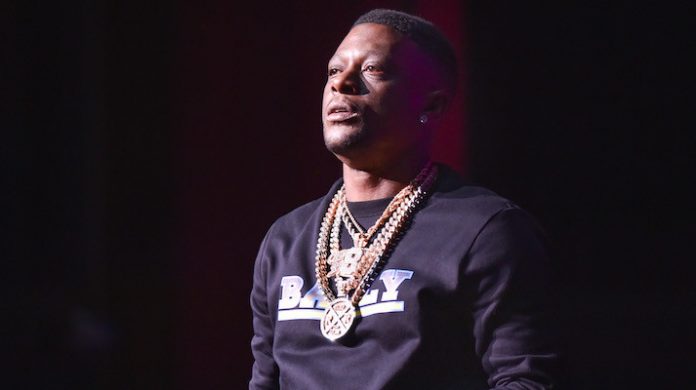 Back in April 2019, Boosie Badazz got himself in some trouble after he was arrested in Newnan, Georgia. According to the report, the rapper was arrested and charged with possession of a firearm during while committing a crime, possession of narcotics, failure to stay in a lane, and possession of marijuana. Almost a year later, Badazz will not receive any jail time after pleading guilty to one of the charges.

Badazz’s arrest happened as he was pulled over after the officer noticed him swerving in and out of a lane in his white Dodge Charger, nearly side-swiping another vehicle. Upon pulling him over, the officer noticed a strong scent of marijuana emanating from the car and proceeded to search the vehicle. Found in his possession were marijuana, a loaded handgun and a bag of cash.

According to TMZ, after Badazz pled guilty to possession of marijuana, the Coweta County District Attorney’s Office dropped the other two charges: possession of a controlled substance and failure to stay in a lane. As a result of the D.A.’s office dropping the charges, Badazz, while not serving any jail time, will instead be on probation for six months and must pay a $1,000 fine.