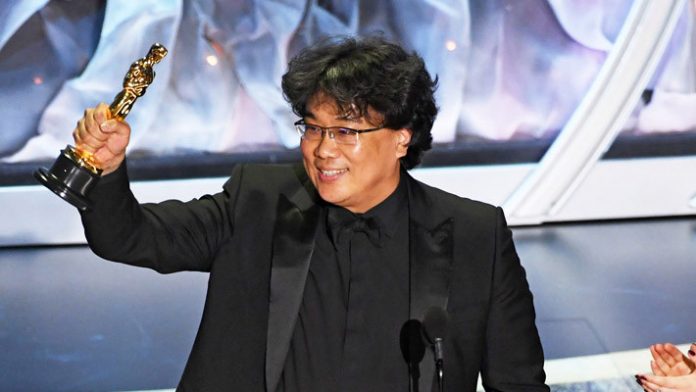 Bong Joon Ho’s Parasite has had quite the cinematic journey. From its debut at the 2019 Cannes Film Festival to recently winning the Academy Award for Best Picture, the film has managed to amass even more popularity since then. The film’s Oscar win was historic, becoming the first non-English language film to win Best Picture in the Academy Awards’ history. The film was so successful that the Oscar-winning director is even developing a TV series adaptation of Parasite alongside Succession’s Adam McKay, which is set to air on HBO at some point in the future. According to The Hollywood Reporter, Bong’s film is being rereleased as a graphic novel, and fans will be able to experience the film once more in a different medium.

Grand Central Publishing is releasing Parasite’s storyboards as a book this spring. The film’s storyboards have already been released as a graphic novel in South Korea. Now, North American fans will be able to get their hands on a copy as well. The book will consist of over 300 pages of Bong’s hand-drawn illustrations depicting the film’s plot and characters. In a statement regarding the graphic novel’s release, Grand Central Publishing’s senior editor Wes Miller had this to say:

“Director Bong’s illustrations share the illuminating power of his writing and directing, making the Parasite graphic novel a gorgeous, riveting read and fascinating behind-the-scenes glimpse at the making of one of the best films of the year.”

The graphic novel, which will include the film’s dialogue, stage, and camera directions, will be translated from Korean to English and will be released on May 19. The graphic novel version of the critically acclaimed film sounds like a must for anyone who hopes to learn more about the making of the film.