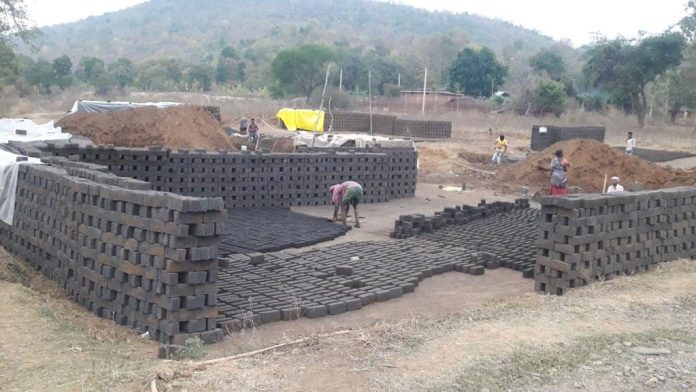 Nuapada: About 30,000 bonded labourers from this district go every year to other areas outside the district and state in search of jobs. The district administration has done little for their rehabilitation and curb bonded labour here, a report said.

However, in a situation where many bonded labourers still look up to administration for fiscal support; of late, some youths in the district have come forward to start making bricks on their own.

According to sources, due to unavailability of funds, self-reliance has eluded the youths. Even as the district administration spends crores of rupees to curb bonded labour and rehabilitate labourers, the youths have been deprived of government support.

The youths of Bharuamunda (Ghatipada) village under Komna block, which is 25 km from district headquarters, have constructed a brick kiln and started making bricks. It is known that, half of family members in this village go outside every year to eke out their living.

After being inspired by Prem Kumar Majhi of the same village, others have joined him in brick-making. The youths have taken hand loans to start their maiden venture. As there is no well in the vicinity, they bring water from a far away pond by lifting through diesel motor pump.

Akalu Majhi, a villager, said, “Five families of the village are engaged in this work. Earlier we were going to work at brick kilns of Andhra Pradesh for six months and earning around Rs 30,000. However, we will earn Rs 60,000 in the same period here”.

Mentor Prem Majhi said, “Beneficiaries in our village alone have got work orders for constructing 15 houses under the Pradhan Mantri Awas Yojana and we will get an instant market in our own vicinity”.

Such a venture would provide engagement to bonded labourers of this area. Middlemen (sardars) who came to Bharuamunda every year do not visit the village anymore. Fiscal support to the self-reliant could help curb the problem, Majhi added.