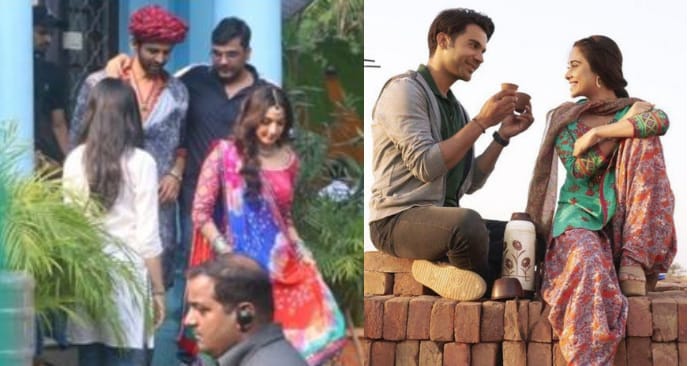 The lead actor pair is essential for every Bollywood film. People love some pairs to watch more than other pairs. For example, the Kajol-SRK pair is evergreen, and people love watching them together even today. Here are some Bollywood pairs we are looking forward to watching in movies in 2020.

Ranbir and Alia are working together in Ayan Mukherji’s superhero sci-fi film Bramhastra. The two are said to be dating in real and are likely to marry soon. These rumors add more excitement to watching their chemistry in Bramhastra.

The HIT Jodi of Akshay and Katrina are coming together on a big screen after almost ten years in Rohit Shetty’s Sooryavanshi. The film is part of Rohit Shetty’s Cop Universe, and Akshay will play the role of ATS officer in the movie.

The actor duo keeps fans updated about shoot regularly through social media. Currently, they are shooting the last schedule of the film. It is set to release on Eid 2020.

Sara and Kartik are rumored real-life couple just like RK-Alia. The two will be seen in Imtiaz Ali’s Love Aaj Kal this Valentine’s Day. Even before the release of the film, the duo has created much buzz. And the wait is finally going to get over.

Aditya Roy Kapur and Disha Patani are working in Mohit Suri’s much-awaited Malang. The film is an action, love story. The audience widely appreciates the trailer and songs.

Sara and Varun are teaming for the remake of Govinda’s classic Coolie No. 1. The duo has shared the first look posters, and people like it too. The film releases on May 1, 2020. Both Varun and Sara are two energetic actors of today’s time and it will be fun to watch them together.

Rajkummar’s latest Made In China received a mixed response, and Nushrat’s latest was a hit. The two are now working in Chhalaang. The film releases on March 13 this year.

Kiara and Kartik are teaming up for sequel/remake of Akshay Kumar’s blockbuster comedy Bhool Bhulaiya. Bhool Bhulaiya 2 is set to release on July 31, 2020.

Miss World 2017 is making her Bollywood debut opposite Akshay Kumar in historical drama ‘Prithviraj.’ The YRF film is set to hit screens on Diwali 2020.

Mr. Perfectionist and Bebo are working Hindi remake of classic Forrest Gump titled Laal Singh Chaddha. Advait Chandan directs this comedy film releasing most likely on Christmas 2020. When Kareena and Aamir came together for 3 Idiots, they created history. And that’s the reason why we are too excited to watch them.

Vaani and Ranbir have never worked together in a film together, and this is the first time they will be working together in Samshera. The film also stars Sanjay Dutt and is set to release on July 31, 2020.

Janhvi and Kartik are teaming up for the sequel of Karan Johar’s Dostana. Dostana 2 is set to release by mid-2020. In the previous film when Janhvi was paired opposite Ishaan Khatter in Dhadak, the couple created a buzz among fans. We now have to see what magic Kartik and Janhvi will spread on-screen.

What pair are you more excited to see on the big screen this year, do let us know in comments. Stay tuned with us for more Bollywood news and updates.