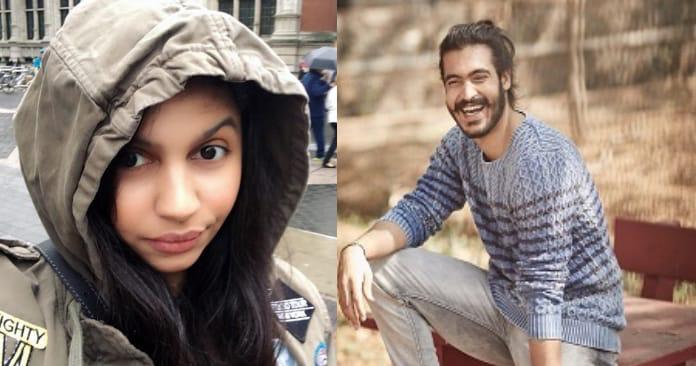 The dazzling world of the entertainment industry attracts everyone. And it is very easy for star kids as they born and raised in the hope that they will shine like a star in the sky of Bollywood.

However, some star kids chose to do something else instead of being an actor and they are pretty successful in their alternate careers.

There are many cases happened in the industry when headlines were made that most of the Bollywood actors are the product of nepotism and they can’t make the name for themselves.

Take a look at these 10 Bollywood Star kids who said no to nepotism and become successful in alternate careers they choose for themselves.

Let’s start the list with Trishala Dutt, who was expected to make her Bollywood Debut and run on the ramp walk similar to her parents and grandparents. Recently, some news channels covered the news that Trishala has no interest to act in Bollywood movies.

She decided to pursue her career as a criminal lawyer. She has pursued the law degree from John Jay College of Criminal Justice in New York. Apart from this, she is also an entrepreneur as she is the founder of DreamTresses Hair Extensions.

Shaheen Bhatt is the daughter of director Mahesh Bhatt. She belongs to a family that is involved in movie making. While her sisters Pooja and Alia are successful actresses in Bollywood, Shaheen finds herself as a screenwriter.

The son of veteran actor Vinod Khanna, Sakshi has all a good chance to try his luck in Bollywood movies following the footstep of his half-brothers Akshaye and Rahul.

Sakshi has different plans for his career. He owns a Production Company named Jugaad Motion Pictures that he launched in partnership with his two friends.

Jhanvi Mehta is the daughter of Bollywood actress Juhi Chawla. The little girl is pursuing her higher studies in London. She has very clearly stated that she has no interest to walk on the footstep of her mother.

Apart from this, there are many occasions when her mother shared the fact that Jhanvi is very interested in writing and wanted to be a writer.

The daughter of Mr. Perfectionist is the media’s favorite. There are many questions about her debut in Bollywood. Ira stated clearly that she has no plans to come in front of the camera when she can be so good behind the camera.

Ira is very fond of direction and filmmaking. She has also made her directorial debut with the theatrical production of Euripides’ Medea.

Jackie Shroff is a self-made actor, and he made his children’s life easy. There is a clear example as Tiger Shroff emerged out as an action hero in Bollywood. The red carpet is also waiting for Krishna Shroff to stroll over but she has different plans.

Krishna loves to work behind the camera and having the director’s chair. The creative documentaries and short films that are filled with social messages excite her. Little you know that Krishna was the assistant director on Munna Michael.

David Dhavan’s son is now the face of Bollywood with his charming camera presence. However, similar can’t be said for David’s elder son Rohit Dhawan.

Rohit finds himself more into direction and screenwriting. He has directed two movies in Bollywood, Desi Boyz, and Dishoom.

The Daughter of Boney Kapoor has a strong academic background. She chose to work with Google in its advertising arm AdWords instead of walking in the red carpet as an Indian actress.

Masaba Gupta is the daughter of actress Neena Gupta and West Indies cricketer Vivian Richards. Masaba is quite popular in the fashion industry.

She is a notable designer, her artsy and contemporary creations are worn by Bollywood A-listers along with international celebrities too.

The younger sister of Sonam Kapoor can also enter into Bollywood as she has all the good features of an actress. However, she finds herself more as a stylist and entrepreneur.

She is a producer as well, as she has produced Aisha, Veere Di Wedding, Khoobsurat, and many more. She is a known stylist who is credited for some top looks of Sonam Kapoor.