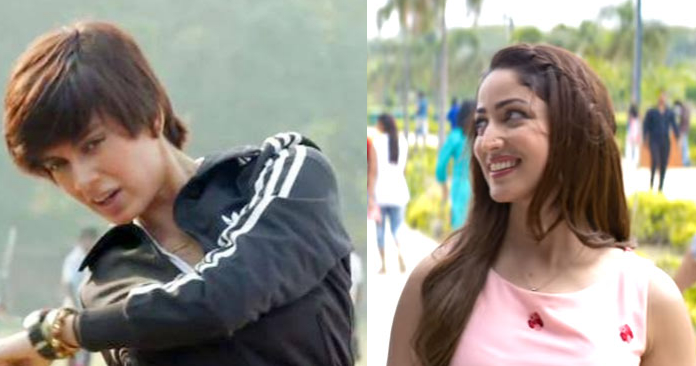 We grew up watching Bollywood movies and we feel the
emotions of each actor and character. While Bollywood is all about heroic
movies with good endings, there are many movies where you left with your
sobbing heart for movie characters.

Here, we present you 10 Bollywood female characters we feel
sorry for by watching the movies. These characters suffer lots of mental and
physical trauma throughout the movie and don’t get a good ending for her
character arc.

Yami Gautam has beautifully portrayed the character of small-town TikTok Queen Pari in the movie Bala. Sadly she didn’t get a good ending as she got cheated first, misjudged by society, and didn’t get her love of life. Bala is a good movie with a great social message, however, not a good ending for Pari.

2. Mridula Chawla from Student of the year 2:

Tara Sutaria has gained lot of popularity from her debut film. She played the ambitious girl Mridula Chawla in the movie. She was the love interest of Tiger Shroff and trapped by the character of Aaditya Seal and lost her love. Furthermore, she played another character, Zoya, in Marjaavaan where she was shot by the hand of her lover.

Kashi Bai was the first wife of Peshwa Bajirao. Despite the fact, the world knows Bajirao loves with Mastani. Priyanka Chopra did her best with the character and make it lovely on-screen. However, we felt bad for her.

Asin was bold and chirpy in the role of Kalpana in Ghajini. We love the way Kalpana was portrayed in the movie but the way she died left the audience shocked. She lost her love and her life. The sad part is that she didn’t know Sachin is actually the Sanjay Singhania.

Kareena Kapoor has played the role of Shruti in Chup Chup ke who is dumb. She falls in love with Jeetu and helps him to repay all his loans. In the end, she left him for some other girl who loves Jeetu more.

The much-talked film Chhapaak is getting the best reviews from critics and fans. Deepika Padukone is praised by everyone. However, we feel sorry for Malti every moment we see her in the film. Malti survived acid attack but couldn’t stand society’s backlashes and allegations. This movie gives you goosebumps as you witness the cruel reality of Acid Attack survivors.

Babubali has broken all the box office records. It also established Anushka Shetty as a versatile actress as she played the character of Devasena in Bahubali series. Devasena was tortured in prison for more than 20 years. Her character arc in the movie touched the audience most.

Sravani is married to a guy whom she doesn’t love. She loves someone else but be with her husband and tolerate all his nuisances with the mindset that he will love her back someday. Her journey throughout the movie is remarkable.

Kusum played by Kangana Ranaut is a focused, intelligent, career-oriented, and independent girl. She falls in love with married Sharmaji. They are about to get married as Sharmaji was in a not-so-good relationship. However, she abandoned the marriage when she realized that nobody is happy from her marriage. After all the melodrama, she was the only one who suffered the pain of heartbreak and got hurt.

The sad part is the Neerja is the real story of Neerja
Bhanot. She was shot dead in the flight by terrorists when she was rescuing
passengers. She was only 23 when she died in the attack. The movie shows that
it was only two days before her 23rd birthday, and she was in love
with a guy. Sonam Kapoor has done her career-best performance by playing 23
years old Neerja Bhanot in the movie.

Do comment, which is your favorite character you feel sorry
for? Please comment on any other character that we missed and should be on the
list.