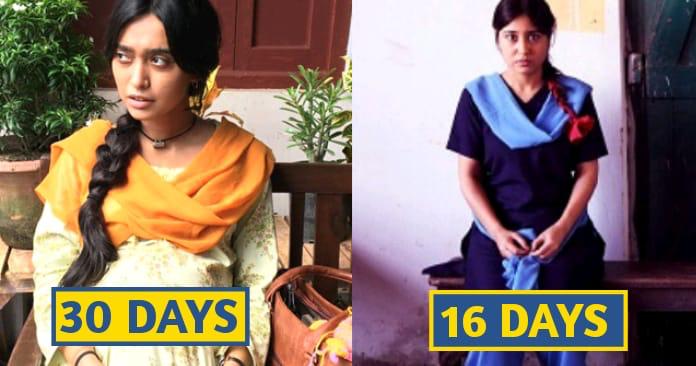 Do you have any idea about how these films are made? Well, this is a process and it consists of 3 parts, pre-production, production, and post-production. There a lot has changed in Bollywood. You have seen how romance can be boldly represented in movies, or how films nowadays are more local and relatable than the past decade movies where it is either romantic or revengeful.

There’s another chance in the movies as well. Now the movie is
shorter, and the whole filmmaking team usually does more work in the
pre-production process than the production process. It results in very
scheduled shooting and the movie gets completed in a limited number of days.
With this work schedule, actors can get a deeper attachment to their character
as they perform it in one go.

Here we enlist some notable Bollywood films that have a very
tight and short shooting schedule. Making such a movie in a limited time period
has created a unique record.

Akshay Kumar has made headlines by creating a record. He has completed the whole movie shooting schedule in just a month. Akshay usually signs such movies that have a short shooting schedule, this is the reason that you will see 6 movies in a year featuring Akshay Kumar.

Jolly LLB 2 was completed in just 30 days probably because,
director Subhash Kapoor has shot the movie in real places without any
requirement of set pieces.

2. Haraamkhor got completed in just 16 Days

It is very surprising but true that Nawazuddin Siddiqui’s starrer Haraamkhor took only 16 days of the shooting schedule. The movie is set in real locations and shot completely in a small village. The story is gripping but certainly, there wasn’t any work for costume and location required.

Such movies usually take a short time to get completed,
instead of making a movie like Agent Vinod which is heavy with location changes
and Robot 2.0 that need special post-production work in editing and soling
other issues related to graphics.

Usually, movies with star casts take time in shooting, and
the major problem is the date clashes and other issues. However, the movie was
shot completely in the real locations of Bareilly and Lucknow. However, if
filmmakers work and prepared everything in the pre-production then production
will go smooth and planned.

4. Kaabil took only 77 Days in its production

The movie Kaabil is included in this list because it was planned to be shot in 88 days as per the schedule. The movie featured Hritik Roshan and Yami Gautam in the lead roles. Due to excellent work in the production process of the film, this film managed to wrap up 11 days before its actual completion schedule.

The film was done with its production in just 77 days
despite its action and dance sequences. All credit goes to the filmmaking team
and their passion for filmmaking.

Tanu Weds Manu Returns featured Kangana Ranaut in a double role. She was scheduled for her part in the film for 50 days but she has done tremendous work and completed the whole shooting in only 30 days. The film was a massive hit and everybody praised Kangana Ranaut.

6. Ki And Ka took only 45 Days in its production schedule

Ki and Ka is a good movie based on the gender-neutral subject. While this movie gets praised by fans as well as critics, the movie is also praised for wrapping up its schedule in just 45 days. The film was shot mostly in real locations and inside a house. Thus, the director got all the credit to make such a fantastic movie in just a short production time.

7. Housefull 3 got completed in only 38 Days

Now, this must be praised like the movie itself. This movie features an ensemble cast of many actors and actresses. Matching the dates of everyone and scheduling in a way that took minimum time for completion of the movie.

It is fascinating to know that even Bollywood masterpieces
have been created in such a tight schedule. Good planning and talent can always
make time cooperate!