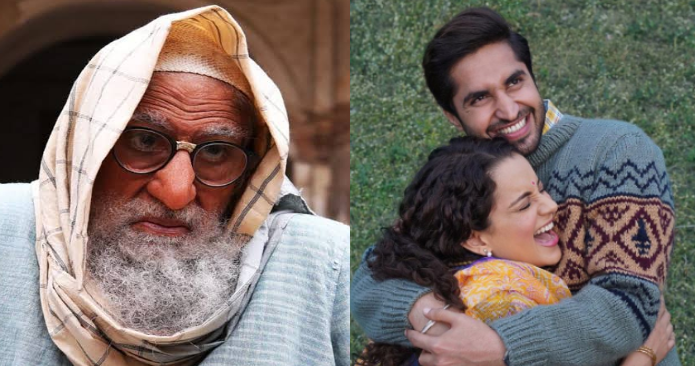 Its
truly said, “If no director, No Movies”. Bollywood
is one of the largest businesses where several movies are produced every year.
In the last couple of years, the dynamics of Indian cinema has changed
drastically. From the plot to the gender of the protagonist, and from the
cinematography to the entire design of the film, Bollywood is finally on the
verge of making progress and all thanks to our Directors who are responsible
for bringing these changes.

2020 is
something that we wish will bring new opportunities and happiness for us,
Right? Well, while everything else is a mystery, one thing is for sure- the new
year will certainly bring new Bollywood movies!! Yes, 2020 will be full of
surprises and amazing movies that we were eagerly waiting for! There would be
many superhit directors who will be bringing their films to the silver screen
this year and the battle for the top spot is certainly about to get more
intense! So, let’s have a look at what the new year has in store for us:

Meghna Gulzar is an Indian writer, director, and producer. She is the daughter of lyricist & poet Gulzar and former actress Raakhee. Meghna began her writing career as a freelance writer for The Times of India and the NFDC publication Cinema in India and directed her first film, Filhaal, in 2002. After her success with the 2018 film Raazi, Meghna is back with yet another drama film, Chhapaak where actress Deepika Padukone will be seen in a lead role. Though the film has already released on 10 January, it is extremely heart-touching to see the story!

Sanjay Leela Bhansali is a Bollywood director, producer, screenwriter, and music director. He is one of the most acclaimed filmmakers in Hindi cinema, who has given various blockbuster hits to Bollywood such as Hum Dil De Chuke Sanam, Devdas, Goliyon Ki Raasleela Ram-Leela, etc. Every time we listen to his upcoming movie, it makes us extremely happy! Right? Well, cheer up because this year Alia will be collaborating with Sanjay Leela Bhansali for the first time in the film Gangubai Kathiawadi, which is set to release in September this year.

Ashwiny
Iyer Tiwari is an Indian
filmmaker and writer who after working in advertising for several years, made
her debut by directing the 2016 comedy-drama Nil Battey Sannata.
Tiwari also directed the 2017 comedy film Bareilly Ki Barfi for
which she won the Filmfare Award for Best Director. Art from this, Panga is her
latest film which is all set for a release on the 24th of January. The film
stars Kangana Ranaut and Jassie Gill in the lead roles.

Mahesh
Bhatt is an Indian film
director, producer, and screenwriter known for his works exclusively in Hindi
cinema. He stepped in the industry as a director with the film Manzilein
Aur Bhi Hain and went on to give several blockbusters like Hum
Hain Rahi Pyar Ke, Aashiqui, Saaransh, etc.
And now, Mahesh Bhatt is all set to take the director’s chair after 20 years
with the sequel to his 1991 romantic thriller Sadak. The film Sadak2 stars
Sanjay Dutt, Alia Bhatt, Pooja Bhatt, and Aditya Roy Kapur in the lead roles
and is scheduled to release on 10 July 2020.

Hansal
Mehta is an Indian film
director, writer, actor and producer who started his career on television with
his show Khana Khazana and later moved on to movies like,
Jayate, Dil Pe Mat Le Yaar, etc. He became famous with the film Shahid (2013)
for which he won the National Film Award for Best Direction. Apart from these,
Hansal has directed various other critically acclaimed movies- City
Lights (2014), Aligarh (2016), etc. After a huge
success of these films, Hansal Mehta is once again set to collaborate with
Rajkummar Rao for Chhalaang, which releases on the 31st of January.

David
Dhawan is the father of Bollywood actor Varun Dhawan and director Rohit Dhawan.
He is best known for directing several successful films, including Swarg, Shola
Aur Shabnam, Saajan Chale Sasural, Judwaa,
etc. Dhawan started off as an editor before moving into directing. He
specializes in directing comedy films and his biggest success to date is
2017’s Judwaa 2, starring his son Varun Dhawan. After these
successful films, Dhawan is all set to bring back his classic comedy Coolie No.
1 with a remake starring his son Varun Dhawan in the lead role opposite Sara
Ali Khan. The movie is said to release on the 1st of May.

Imtiaz
started his career with writing and directing television shows. He directed
shows like Imtehaan, Naina and Kurukshetra. In 2005 he made his directorial
debut with Socha Na Tha, which unfortunately could not do well at
the box-office. Then he earned critical and commercial success for his
direction of Jab We Met (2007). His other films, Love
Aaj Kal (2009) and Rockstar (2011) made him a
noted filmmaker. Imtiaz is all set for the sequel of his super hit romantic
drama Love Aaj Kal. The movie releases on Valentine’s Day 2020.

One of the best films directed by Shoojit Sircar happens to be Vicky Donor which helped him to bag various accolades. He has also directed films like, Madras Café, Piku, Pink, etc. And as of now, Sircar is set to have two releases this year – Gulabo Sitabo starring Ayushmann Khurrana and Amitabh Bachchan and Sardar Udham Singh starring Vicky Kaushal.

Anubhav
Sinha has stunned the audience with his work in movies, Mulk and Article 15.
His next film happens to be “Thappad” starring Taapsee Pannu in the lead role.
The film is confirmed for a release on the 28th of February. After the
applauding performance of Taapsee in Pink, it would be interesting to see her
performance in the movie! Exciting, right?

Kabir
Khan is presently one of the most sought after Bollywood directors. His beat of
cinema is very different from the rest of his league. He is well-known for the
documentary style of film making. He is known for his brilliant cinematographic
skills. Kabir Khan’s ‘83 is expected to be the year’s biggest blockbuster.
Starring Ranveer Singh, as cricketer Kapil Dev, the story narrates Dev’s
journey of life as well as how he became the captain of the India national
cricket team and won the 1983 Cricket World Cup. The film releases on the 10th
of April.

Homi
Adajania is a director and writer, known for Being Cyrus (2005), Finding Fanny
(2014) and Cocktail (2012). As we all know, about how Saket Chaudhary’s 2017
film Hindi Medium gained immense popularity, now, Homi is coming up with its
sequel Angrezi Medium which is said to release in March.

The
Bollywood director Rohit Shetty is well-known for his movies with perfect comic
timing and hard to believe action sequences. His work as a filmmaker includes
the Golmaal film series, the Singham film
series, Bol Bachchan, etc. Rohit Shetty’s upcoming film
Sooryavanshi is set to hit theatres on the 27th of March.

Which
one are you excited about? Do leave your views in the comment section below!