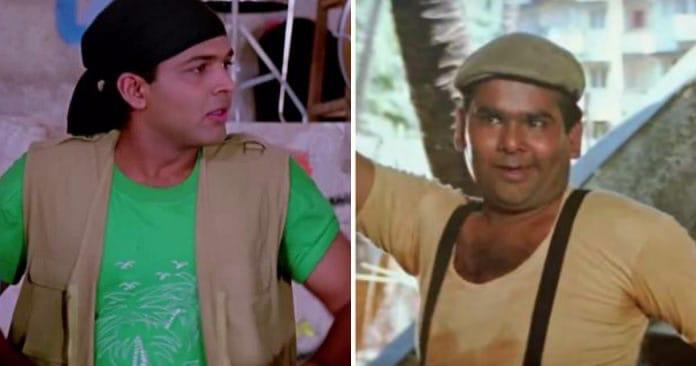 Bollywood is a strange place and it offers everyone something who came here to make the name. But sometimes, the face who decided to shine in the camera ended up working behind the camera.

Well, there are numerous incidents in Bollywood when famous Bollywood directors have started their career as an artist.

These directors often feature a cameo in their movies. We
have prepared the list of Bollywood directors who started their Bollywood
career as an actor and now considered as one of the biggest directors in
Bollywood.

He re-started his career in Bollywood as a director in the year 1993 with movie Pehla Nasha that featured Raveena Tandon, Deepak Tijori, and Pooja Bhatt.

He has a very successful Bollywood career as a director with
two critically appreciated movie Lagaan and Swadesh. Recently he has made two-period
drama Mohenjo Daro and Panipat.

Satish Kaushik has continuously been part of Bollywood Movies and portrayed numbers of character roles. One of his most famous roles was the ‘Calendar’ in the blockbuster hit film Mr. India, where he featured alongside Sridevi and Anil Kapoor.

The veteran actor has appeared in over 50 films in his long Bollywood career. He started his Bollywood career as an actor in the Shekhar Kapoor’s Masoom that was released back in 1983. He was also the assistant director in the film.

The first film he directed was the Roop Ki Rani Choron Ka Raja which was released in 1993. He went on to direct many other films that include Mujhe Kucch Kehna Hai, Hum Aapke Dil Mein Rehte Hain, and Tere Naam.

Rajat Kapoor is famous for his acting and direction style as well. His debut film as an actor was Khayal Gatha.

He is a national award-winning director, he won the award for Raghu Romeo.

Subhash Ghai is known as the showman in the industry. The actor has done some notable work in Bollywood is on the director’s chair.

Little you know that Subhash Ghai wanted to be an actor. He
played small roles in movies like Aradhana and Taqdeer. Later on, he cameoed in
most of the movies that he made.

Abhishek Kapoor has directed some awesome movies in Bollywood. He is the man behind Rock On!! and Fitoor. He has launched Sara Ali Khan in recently released Kedarnath.

Well, Abhishek Kapoor has started his career-long ago as an actor. He made his Bollywood debut opposite Twinkle Khanna back in 1996 with the movie Uff! Yeh Mohabbat.

Amol Gupte is the man behind Taare Zameen Par. Well, he acted in the film Jo Jeeta Wohi Sikandar and Holi. His directorial debut film was Stanley Ka Dabba.

Karan Johar is a multi-talented man in Bollywood. The man is an actor, director, producer, costume designer, TV and Show Host, TV and Show Judge, and many more.

However, Karan Johar started his career in Bollywood as an actor and featured in the movie Dilwale Dulhaniya Le Jayenge as Shah Rukh Khan’s friend. He has also assisted Aditya Chopra who was the director of the film.

He has made many cameo appearances in movies like Fashion, Shandar, and Om Shanti Om. He has played the antagonist in Anurag Kashyap’s Bombay Velvet.

However, he is most famous as a director and owner of Dharma
Production in Bollywood. As a director, he has given many gems to Bollywood
like Kuch Kuch Hota Hai, Kabhi Khushi Kabhie Gham, Student of The Year, and My
Name Is Khan. He is coming again with his directorial venture Takht.