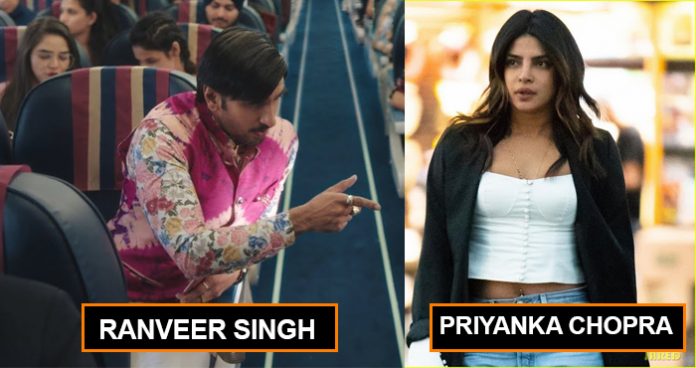 India stand-up comedian Kunal Kamra, who is known for his observational comedy, recently became the talk of the social media for the incident of IndiGo Airlines of heckling the journalist Arnab Goswami onboard. Apparently Kunal Kamra was enlisted in the No-Fly List from the four major domestic Airlines i.e. IndiGo, SpiceJet, Air India and Go Air after releasing the video in his media handle of taunting the Republic TV Editor Mr. Gowami.

PeeCee got into an ugly banter with a fellow passenger while travelling in a Dubai-bound flight. The passenger accused her of endangering the lives of the other passengers on board as Priyanka Chopra was busy talking on her mobile phone at the time of flight take off. Priyanka used abusive language toward Dr Fayaz Shwal, the passenger who asked Priyanka to get off her mobile. Though Priyanka denied the fact and called him an attention seeker while the doctor claimed that the actress abused him with high handed manner.

Katrina Kaif does not like to talk with the flight attendants on board even if she needs anything. She asked her assistant for any wants for her, then the order was conveyed to the flight crew whatever she asked for. In the promotional purpose of her film she was travelling on the flight. While the flight was about to take off, the air hostess requested the passenger to put on the seatbelt including her following the rules. It was reported that Katrina fall asleep at the time and flight attendant woke her up and asked to put on the set belt and Katrina replied, “How dare you touch me? Don’t you know who I am?”. The air hostess apologized and went away from the scene but it created a scene there, which was noticed by fellow passengers.

Mr Ching also made a headline for creating a scene on the flight. Ranveer was flying to Kolkata for shooting Gundey while the incident happened. The actor was asked for his choice of food (Vegetarian or Non-Vegetarian) by the air- hostess and he wanted some time to think as he could not decide at that time. Later, when Ranvir asked for the non-vegetarian meal rate, the flight crew informed him that it was over but they can provide him vegetarian meal instead. The actor lost his cool and denied any food including the water from the air hostess.

Kangana reportedly travels with her assistant usually. She gives quite a tantrum while flying towards those who attend to her needs on board. Kangana travels in a first-class seat while her assistant seats in an economy class therefore the actress makes the air hostess run back and forth for asking to check her needs from her assistant during the travel.