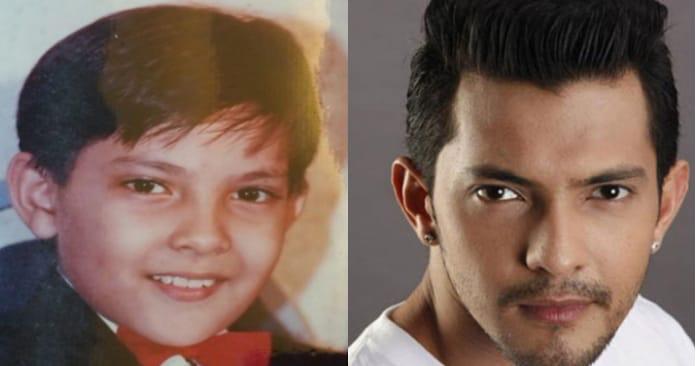 Many Actors in Bollywood kick-started their acting career as
a child artist. There are many examples where these child actors grew up to be
bankable Bollywood stars, there are some other child actors who missed the mark
and failed to impress the audience.

We have created a list of Bollywood actors who are hit as a child artist.

These actors have done hits when they were kids but when they appeared as lead or second lead in the movie, they started giving flops.

Emraan khan made his grand debut with Jaane Tu Yaa Jaane Naa, he was featured in many films and also hosted Filmfare once.

But this actor had done more flops than hits and now stopped doing films at all. However, he was brilliant as a child artist.

He appeared in movies like Qyamat se Qayamat Tak, and Jo
Jeeta Wahi Sikandar, as a child artist. He is the nephew of actor Aamir Khan.
Despite he got an easy entry in Bollywood, the actor indeed failed to impress the
audience.

Jugal Hansraj is an Indian actor, producer, model, writer, and director. He also won a national award for direction.

He appeared in the movie Mohabbatein, and many other films. The actor failed to impress the audience even having good looks and blue eyes.

Little you know that Jugal has been a part of Industry since his childhood. He featured in the movie Masoom as a child artist. The film was a big hit and everybody praised the acting skills of the boy.

Remember the cute Sardar Ji from Kuch Kuch Hota hai? You must have thought that the guy so famous in his childhood must be some hotshot actor now but this is not the truth.

Sadly, the child artist who got a lot of appreciation for
movies like Mohabbatien, Jubaidaa, and Kuch Kuch Hota hai failed to impress the
audience. He got the role in Break Ke Baad, Sikandar, and Parjaaniya, but the audience
didn’t accept him as a hero.

Aaditya Narayan is famous for his singing talent just like his father. However, the little Aaditya wanted to be an actor and also featured in movies like Akele Hum Akele Tum and Pardes as a child artist.

When he made his Bollywood debut he failed to impress the audience. He tried to start his acting career with a horror movie Shapit.

The movie was a disaster at the box office. Aaditya Narayan. After that, he dropped the idea of having an acting career and focused on his singing skills.

Little you know that the Aftab Shivdasani has also appeared in movies as a child artist. He has featured in many movies as child artists like CHalbaaz, Sahenshah, and Mister India.

However, he started his acting career well but didn’t manage to be the A-list actor in the Bollywood Industry.

Aftab Shivdasani is one of the underrated actors. He has
done all types of roles. In recent years, he only featured in the Masti series
and some other slapstick comedy.

Before appearing as lead hero Omkar Kapoor started his career as a child artist. He appeared in movies like Judaai, Hero Number 1, and Judwaa.

He failed to impress the audience with his lead roles in movies.

Sana Saeed got a lot of appreciation as a child artist in the movie Kuch Kuch Hota hai.

However, he missed the mark completely when she was playing the second lead in the movie “Student of the year” and “Fugly”.

Kunal Khemu has shown his acting range in many movies like Dhol, Go Goa Gone and Kalank. He is one of the underrated actors in Bollywood.

However, he was a very successful career as a child artist, when he appeared in Raja Hindustani, Bhai, Judwaa, and Hum Hai Rahi Pyaar ke.

Hansika Motwani has made her career in Tollywood, but she wouldn’t get much success in Bollywood.

Well, she was very successful in Bollywood as a child artist. She was featured in the movies like “Koi Mil Gaya” “Jago” and “Hawa”.