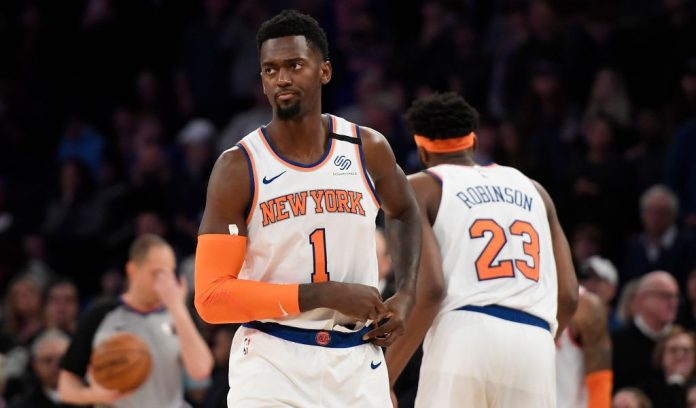 The Knicks and Wizards met on Wednesday night at Madison Square Garden in what should’ve been a relatively uneventful game between two non-playoff teams before the All-Star break.

It was mostly just that, with Washington winning 114-96 as they ran away with a comfortable win to get to 20-33 on the season (and, somehow, not that far out of eighth in the East) thanks to a lopsided fourth quarter. The Knicks fell apart in the final period, allowing Washington to outscore them by a 14-point margin, 37-23, while their unraveling was assisted by a fairly soft ejection for Bobby Portis.

Portis was tossed with just under 10 minutes to play after throwing the ball (gently, mind you) at Shabazz Napier after a timeout was called and Napier shot a three after the whistle. Portis grabbed the shot before it got to the rim, as so many bigs do now after Kevin Garnett popularized the move years ago, and then lobbed it at Napier as he turned up the floor to return to the Wizards bench.

Napier, understandably, gives a “what the hell” look to the ref, but it didn’t seem to be an especially malicious act from Portis. A technical would’ve been more than understandable, but to get the heave for that seemed a bit of an overreaction. It’s not the first time a Knicks player has been tossed this year for hitting a Wizard with the ball, as now-Clippers forward Marcus Morris was tossed in the preseason for bonking Justin Anderson in the head, which officially makes Wizards-Knicks the absolute worst, semi-heated rivalry in the NBA.