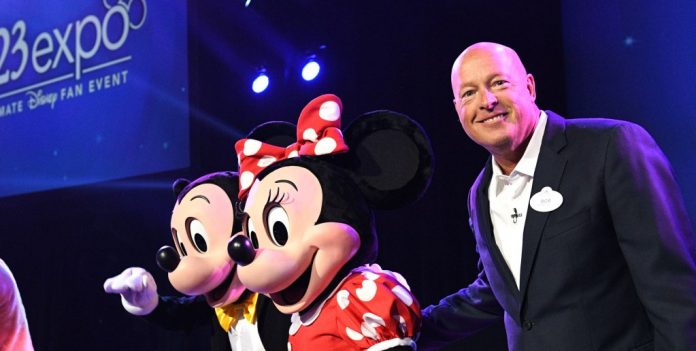 Bob Iger, who guided the Walt Disney Company to record revenue and spearheaded the acquisitions of Pixar, Marvel, and Star Wars, has stepped down as CEO of the company after 15 years. He will replaced by Bob Chapek, effective immediately.

“With the successful launch of Disney’s direct-to-consumer businesses and the integration of 21st Century Fox well underway, I believe this is the optimal time to transition to a new CEO,” Iger said. “I have the utmost confidence in Bob and look forward to working closely with him over the next 22 months as he assumes this new role and delves deeper into Disney’s multifaceted global businesses and operations, while I continue to focus on the Company’s creative endeavors.”

Iger will assume the role of executive chairman, though many are wondering what may have prompted this stock market-altering move.

There are a lot of confused media execs burning up the phones right now. Why is Bob Iger exiting as CEO so suddenly? What does it mean for Disney+? Insiders are in shock — but heartened by the fact that he will remain executive chairman and direct Disney’s creative endeavors.

Chapek, who’s been with Disney since 1993, most recently served as the chairman of Disney Parks, Experiences, and Products, where he oversaw the opening of Galaxy’s Edge (a.k.a. Star Wars Land) in Disneyland and Disney World. (His bio also notes that he was “president of Distribution for the Walt Disney Studios, where he managed the Company’s film content distribution strategy across multiple platforms.”) Chapek is only the seventh CEO in the company’s nearly 100-year history after Roy O. Disney, Donn Tatum, E. Cardon Walker, Ron W. Miller, Michael Eisner, and Iger.

2019 was a milestone year for Disney, with eight movies making over $1 billion at the box office, Galaxy’s Edge’s debut (including what’s already being called one of the greatest rides of all-time, Rise of the Resistance), and the launch of Disney Plus — there’s no Avengers: Endgame or The Rise of Skywalker or new streaming platform on the horizon in 2020, so it’s on Chapek to, well, not screw things up for now. Good luck!

(Via the Hollywood Reporter)