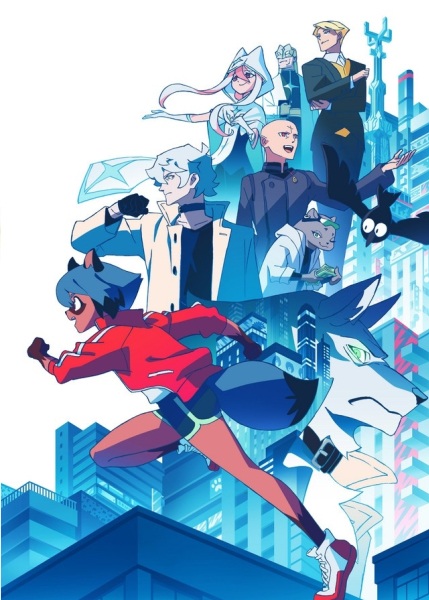 Netflix is on a rampage with some sensational releases planned for June 2020. The lockdown situation has favored Netflix, Prime Video, Hulu and other streaming platforms to a great extent. However, when it comes to anime, Netflix has got its nose out ahead in the race for supremacy. With yet another Netflix original anime ‘BNA: Brand New Animal’, Netflix aims to keep the anime fans glued to its services in June.

BNA abbreviated for ‘Brand New Animal’ revolves around the story of the ever existing friction between the humans and the Beastmen. The Beastmen possess the powers to change shape and the conflicts with humans has witnessed the former being confined to a small part of Anime City

BNA’s plot is centered around two main characters: Michuri Kagemori a human turned into Beastman realizes all is not well for the city which has a tragic tenth anniversary with an explosion.

Shirour Ogami, a powerful wolf character who is all the protector of Beastmen teams up with Michuri in the quest for finding out who the criminals are and why did they bomb the city.

The official Netflix plot reveal reads, “Morphed into a raccoon beastman, Michiru seeks refuge, and answers, with the aid of wolf beastman Shirou inside the special zone of Anima-City.”

BNA: Brand New Animal witnessed a trailer release on the 20th of June 2020. This gripping anime will feature entertaining battles and furious challenges in the Beastmen’s journey.