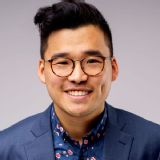 FORT MYERS, Fla. — Boston Red Sox chief baseball officer Chaim Bloom publicly addressed the blockbuster trade of Mookie Betts and David Price to the Los Angeles Dodgers for the first time on Monday, saying the move to trade the star outfielder and pitcher represented the best move for the franchise in “the big picture.”

“What Mookie and David are capable of on the field is a lot,” Bloom said. “I think it’s reasonable to expect that we’re going to be worse without them. We have really good talent coming back, we’ve added talent to the roster this winter and I think it’s important to point out that at the beginning of the winter, this team had a lot more talent than the 84 wins we put up last year. We still think there’s plenty of talent here to compete.”

Monday’s announcement confirmed the return package for Boston in the trade with the Dodgers, with outfielder Alex Verdugo, infield prospect Jeter Downs and catching prospect Connor Wong coming to the Red Sox. While owner John Henry’s “goal” — not “mandate” — for Boston to get under the luxury tax threshold sparked rumors around the star right fielder for months, Bloom said Boston would have considered trading Betts even if the dollar amount required to get under the threshold was significantly smaller.

“The goal to get under the CBT was not an end in itself,” Bloom said. “It’s part of a larger goal, our biggest goal, to put ourselves in position to compete and win sustainably for as many years as we can. Using our resources is a means to that end, it’s part of that goal. What we wanted was to get under the CBT in service of that larger goal, and we weren’t going to do it in a way that wasn’t going to help us or help us towards our goal.”

Throughout the offseason, Boston did not actively shop Betts on the open market, with Bloom saying as recently as a month ago that he expected Betts to be on the Opening Day roster. Betts has consistently and repeatedly expressed his desire to hit free agency to maximize his value on the open market, in part citing a desire to expand the market for the rest of the Players Association. While Boston has made efforts to extend Betts long term, the discussions resulted in the two sides being far apart. In the weeks leading up to spring training, both the Dodgers and Padres showed increased willingness and aggressiveness to get a deal done. The interest from both teams eventually led to a trade package Boston felt good enough about to trade their homegrown MVP.

“It was more just a question of as the offseason went on, would teams step forward?” Bloom said. “We felt knowing how great a player Mookie is, how important he’s been for us, it would have to be a high bar in order for us to consider trading him and in terms of the impact on the talent return, the impact that that return could have on our future and the flexibility it allows us to build around it. This return met that bar.”

The trade of Betts sparked harsh backlash from fans, with many viewing the move as a budget-slashing solution for an ownership group with deep financial pockets that continues to raise ticket prices. Bloom said the baseball operations department anticipated the negative blowback from Red Sox fans, but that it was not front of mind during the trade negotiations involving Betts.

“It wasn’t our No. 1 priority as a baseball ops department to be focused on what was going on externally,” Bloom said. “We were worried about what we were working on, but it was very clear to us that this move would come with a lot of fan backlash. I think we had to prioritize what we thought was right in the big picture for the Red Sox over the fan reaction.”

News of the potential deal surfaced over the past week, with an official announcement on hold because Boston took issue with the medical status of pitcher Brusdar Graterol, who was initially reported to be coming to the Red Sox from the Minnesota Twins as part of the trade package. Bloom expressed regret about the process putting extra spotlight on the medicals of Graterol, and how the delay in an official announcement placed the futures of several players in limbo, just as pitchers and catchers were scheduled to report for spring training.

“What was unique about this one was how publicly it played out,” Bloom said. “Mostly, we just felt bad for the teams involved and especially for the players involved. That’s not something we should have to go through, but unfortunately, it’s the way it happened. Our top priority throughout that was to keep the best interests of those other teams and especially those players, in mind.”

Some have questioned the 23-year-old Verdugo’s character and immaturity, but Bloom said the team thoroughly looked into the past of every player involved in the deal.

“The due diligence process there was extensive,” Bloom said.

While Bloom and general manager Brian O’Halloran faced the media without ownership present, Henry addressed the trade in an emailed statement.

“In trading a great player, a beloved player, we recognize how incredibly difficult this is for fans who fully understand just how special Mookie is,” Henry said. “While the organization in its entirety very much wanted to see Mookie in a Red Sox uniform for the length of his career, we believe in this decision as we are responsible and accountable for both the present and the future of the Red Sox. We thank Mookie for his incredible contributions, both on and off the field.”

“[Price]’s arrival in Boston paved the way for a historic chapter for the Red Sox,” Henry said. “His presence at the top of our rotation was critical to winning three consecutive division championships, and his 2018 Postseason performance put both his talent and tenacity on full display. We appreciate what both Mookie and David brought to our club, and are grateful that they will forever be Red Sox World Series Champions.”

“Today’s trade illustrates the difficult decisions necessary to achieve our goal, which has remained unchanged since we became stewards of this franchise nearly two decades ago: to bring multiple World Series Championships to Boston,” Werner said. “Ultimately, we believe that this will set us up for sustained long-term success. I want to express our enormous thanks to Mookie and David for the impact they had on our club and our community.”

Through the chaotic nature of how the trade unfolded, Bloom said the baseball operations made the right decision in trading Betts, and that trading arguably the team’s best homegrown player since Ted Williams, and rebuilding the foundation of the farm system while gaining financial flexibility, ultimately best served the future of the franchise.