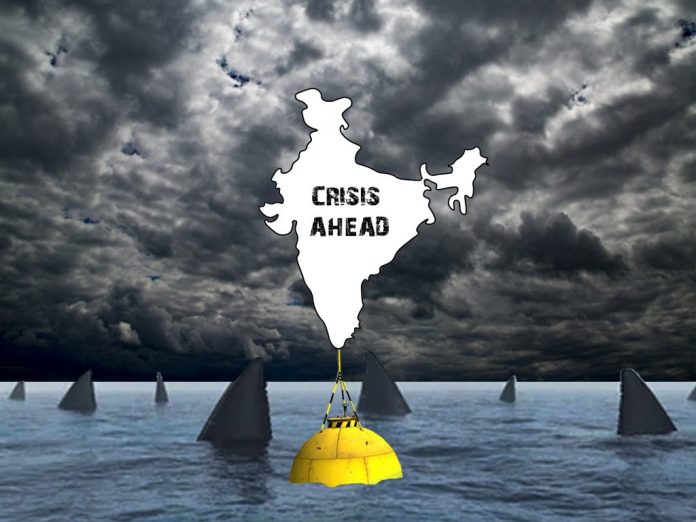 There lies the deception as the government has made snobbish claim of higher outlay for 2020-21 when revenue receipts are falling and growth is decelerating. The total expenditure is estimated to be `30.42 lakh crore as against the target of `27.86 lakh crore in 2019-20, indicating a rise of 9.18 per cent, which is closer to the projected nominal GDP growth. But compared with revised outlay of `26.98 lakh crore, the rise will be 12.7 per cent. Hence, budgetary outlay based on overambitious growth rate will prove erroneous.
Projections for 2020-21 reflect the same bias of inflating revenue projections. Gross revenue receipt is expected to rise 9.18 per cent. It is estimated to be `20.20 lakh crore against revised estimate of ` 18.50 lakh crore in 2019-20. But total receipts without borrowing is expected to rise 16.3 per cent, which is unrealistic.
Fiscal deficit is estimated to be 3.5 per cent in 2020-21. But achieving this target depends on a bulky increase in disinvestment receipts of ` 2.1 lakh crore, an increase of over 323 per cent over `65,000 crore achieved in the 2019-20. This includes `90,000 crore from financial institutions. Disinvestment is tantamount to selling the family silver to pay the grocer’s bill.

Fiscal deficit for 2019-20 is modified to 3.8 per cent as against the budgeted estimate of 3.5 per cent with slippage of 0.3 per cent. The target of 3 per cent was originally scheduled for 2007-08, but it could not be implemented owing to the inability of the government to raise resources by taxing the rich. Fiscal deficit is not bad if it is within repayment capacity and used to create assets. The tragedy is that higher fiscal deficit did not yield good result as about `1.45 lakh crore were given to the corporate sector through tax cut.
As government finances are under severe stress, the finance minister is balancing a shrinking fiscal space by increasing non-tax revenues such as dividends from RBI and public sector units. But it is worrying that the government has cut its expenditure by `87,757 crore as revised budgetary outlay for 2019-20 was `26.98 lakh crore as against budgeted estimate of `27.86 lakh crore. The revised estimate figures also show gigantic cuts under several heads.

Actually, if off-budgeted borrowing — especially by the Food Corporation of India for food subsidy — is included, the actual deficit will be much higher at about 4.5 per cent of GDP in 2019-20 and 4.36 per cent in 2020-21.

Increased reliance on cesses and surcharges has contravened the spirit of fiscal federalism, since the funds collected are not shared with states. States again suffer as the fifteenth Finance Commission (FC), in its report for fiscal year 2020-21 has recommended marginal reduction in vertical devolution of the divisible tax pool from 42 per cent to 41 per cent.

The budget speech shows the government is clueless about tackling the crises plaguing the country’s economy including a slowdown, stagflation, job losses, unemployment, rising inequality, dwindling rural consumption and demand, rising rural poverty, agrarian distress, decline in consumer spending, and fall in savings and investment. The government should go for higher spending through monetisation of deficit, that is printing currency.