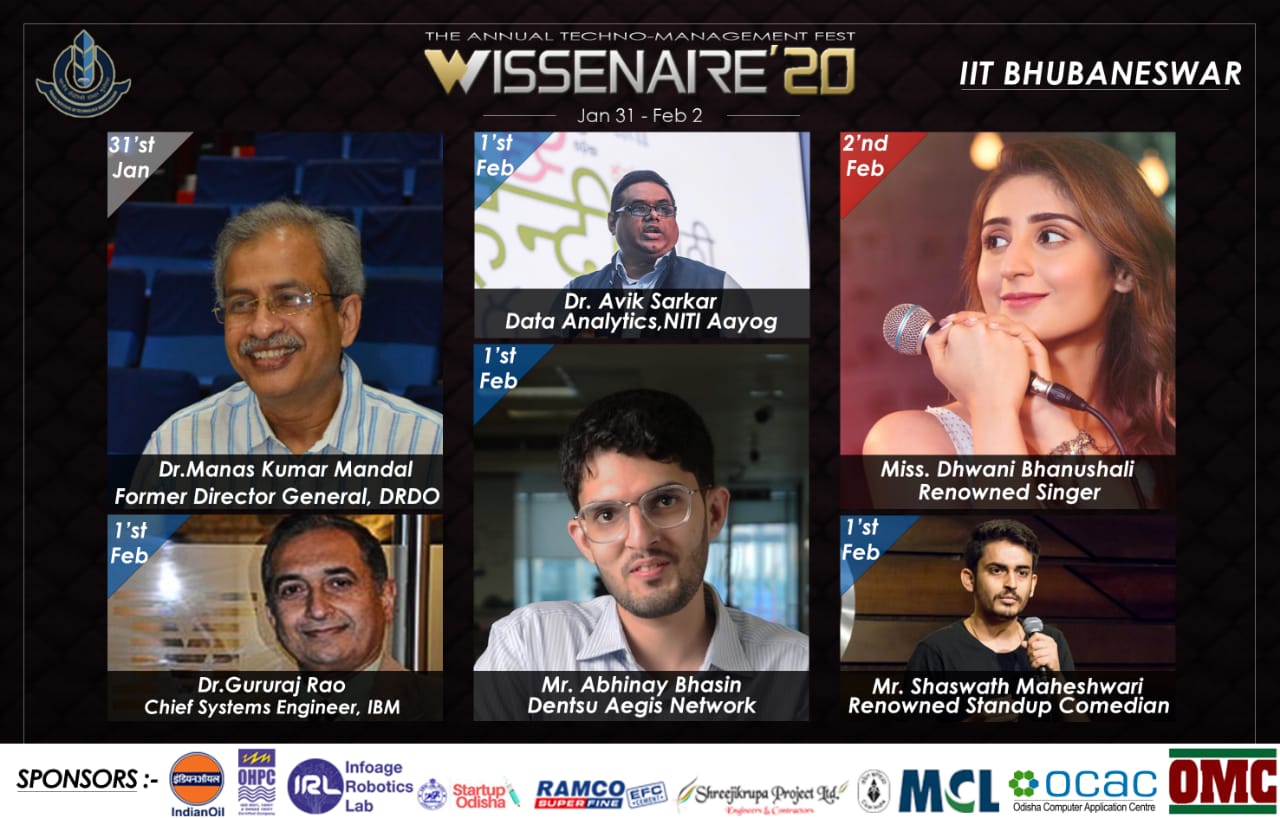 BHUBANESWAR: The 10th edition of Wissenaire-2020, the annual techno-management fest of IIT Bhubaneswar, is all set to begin January 31. The theme of the three day mega fest is ‘Cosmic Expeditions: Astounding Odysseys Ensuring Humanity’s Existence.’

The opening day of Wissenaire will be graced by Manas Kumar Mandal, Director General (Life Sciences), DRDO, Ministry of Defence, the chief guest on the occasion, who will inaugurate the festival.

This year’s Wissenaire will showcase exhibits from the DRDO, the Indian Army and various other gadgets and innovations with a series of talks on the second day tagged ‘TekNite’ by  industry specialists Abhinay Bhasin (Director, Data Sciences, Dentsu Aegis Network) and Gururaj Rao (Systems Chief Engineer, IBM Systems).

R.V. Raja Kumar, Director, IIT Bhubaneswar, said, “With greater influx of capital pouring into this new frontier of modern-era research, we have witnessed enormous strides in technology that promise to secure an optimistic prospective. What excites IIT Bhubaneswar the most about space technologies is that it’s an opportunity for us to put the best of humanity forward into the future.

This apart, there are various attraction in terms of entertainment. The second day of the fest will see funny gigs performed by Comicstaan fame stand-up comedian Shashwat Maheswari.

The biggest catch of this year’s event will be the performance of youth sensation and popular singer Dhvani Bhanushali. Several workshops pertaining to latest standards and topics such as Mercedes Engine Analysis, IoT with Google Assistant, Hexapod, Big Data & Data Analytics and Bridge Design among others will be conducted during the fest.