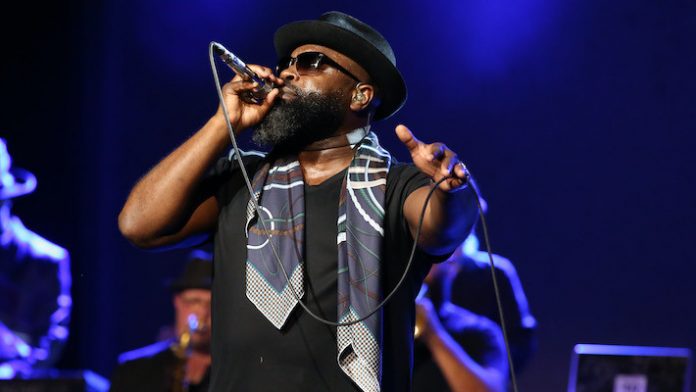 Last week, Rapsody kicked off the first show of her A Black Woman Created This tour which currently features Sa-Roc and Heather Victoria as supporting acts. At the tour’s third show in Brooklyn, however, Rapsody brought out a surprise special guest for those in attendance.

As Rapsody performed “Oprah” from her fifth album EVE, Black Thought emerged from stage right to join her and serve as her hype man. Within seconds of her completing the song, The Roots MC then reached for the mic and began an a cappella freestyle for fans.

Rapping for more than two minutes, Black Thought delivered an energetic freestyle for the audience. “And I am, Black, as ugly as ever, listen/It’s a difference when you makin’ more than seven figures/I just tell ’em ‘jump!’/Machine gun pump /The sawed-off shotgun, hand on the pump/Impeach an MC just like Trump.”

Concluding his freestyle, Black Thought showed love to Rapsody by sending out a warning to anyone who considers harming her in any way.

“I say you ain’t nobody ’til they speaking highly of you/And Rap’, what they don’t want is any kind of trouble/Unless you got a crash dummy or a body double/You got a couple homies that’ll catch a homie for you?/Well, I’ma fold niggas, into origami for you/The most notorious/Poet laureate.”

You can watch Black Thought’s full freestyle above.