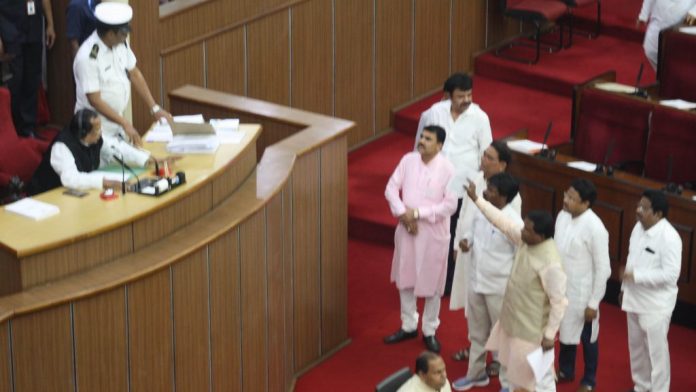 Bhubaneswar: Non-execution of the lottery system for the members of Odisha Assembly rocked the House Monday forcing Speaker SN Patro to adjourn the House twice during the pre-lunch session. The lottery system would enable House members to place their questions.

As the members assembled for the day at 10:30am, Opposition BJP members rushed to the well and stalled the Assembly protesting the non-implementation of lottery system in the listing of the Assembly questions.

Patro was forced to adjourn the House twice from 10.32am till 11.30am and again at 11.40am till 11.45am. The Question Hour of the House could not be conducted due to the protests.

During adjournment, the Speaker convened an all-party meeting to resolve the issue.

Patro, however, assured the members that henceforth, they will be informed about the lottery system through SMS. The normalcy was restored in the House after the Speaker’s assurance.