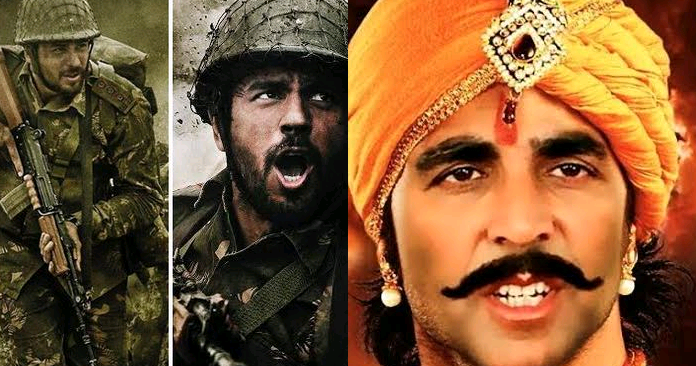 When it comes to biopics, Bollywood has given us many heartwarming and inspiring stories. We’ve witnessed how Bollywood has restored history on big screen with movies like Mangal Panday, Jodha Akbar, etc and also it inspired us with stories like Dangal and Mary Kom which made us follow our passion. The craze of biopics is growing really strong and after the success of many biopics in 2019, we’re on to many more in 2020. There are still many more true stories which our audiences need to watch. So stay with us and have a look at these most awaited biopics.

The Dhadak girl Janhvi Kapoor is all set for her first ever biopic in Bollywood. She’ll be seen playing the role of an IAF commissioned female fighter pilot who fought during the 1999 Kargil war. You’ll also see Angad Bedi and Pankaj Tripathi alongside her.

This is one of the most awaited biopics of 2020 which will star both Ranveer Singh and Deepika Padukone. This film is about none other than Kapil Dev who is responsible for the historic win of 1983 World Cup. This film will release on 10th April, 2020 and is directed by Kabir Khan.

This film is about the late legendary politician Dr. J Jayalalitha who also worked as an Indian film actress during her young age. She was the Chief Minister of Tamil Nadu and was worshiped and followed by the people there. When she died people went crazy and many died following her. Her biopic will soon release by 26th June, 2020.

Sardar Udham Singh was a freedom fighter who fought against the Britishers after the brutal Jallianwala Bagh massacre in 1919. He was responsible for assassinating Michael O’ Dwyer, who was the lieutenant of Punjab. His role will be played by Vicky Kaushal and this film will release on 2nd October, 2020.

Everyone has read about the great Prithviraj Chauhan in their history textbooks, but now you’ll get to know more about him through this iconic film. This film will star Akshay Kumar and also Manushi Chillar who’ll be playing the role of his wife Sanyogita. This film will release by 14th November, 2020.

This film is about the man who is behind the architect of modern football team and his name is Syed Abdul Rahim. Ajay Devgn will be seen in this film portraying his role and will also show how he won Gold during the 1962 Asian Games in Jakarta. Keerthy Suresh will mark her debut through this film, who is also a National Award winner. This film will release by 27th November, 2020.

You may have already guessed about who this biopic is about. Yes, this film is about the badminton star Saina Nehwal. Earlier Shraddha Kapoor was going to play Saina’s role in this film but now you’ll see Parineeti Chopra playing her part. This film will release by the end of this year as said by the makers.

After many disappointing films, Siddharth Malhotra is all set to impress us with this action packed biopic. This film is about Vikram Batra who was an Indian Army officer. He also won awards like Param Vir Chakra for his role in 1999 Kargil war. This film will release by 3rd July, 2020.