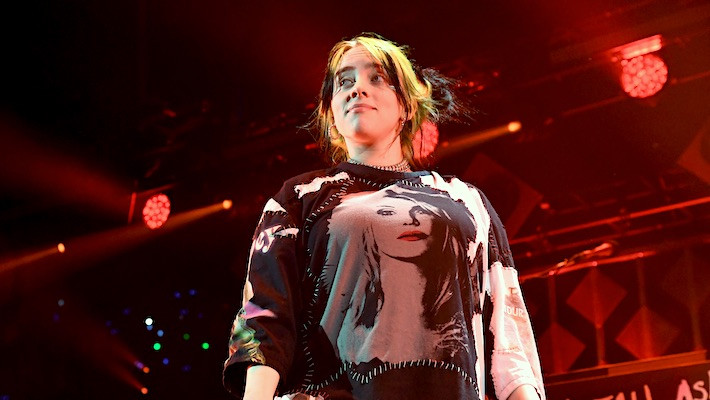 Billie Eilish’s music catapulted to the mainstream in 2019 with the release of her debut record When We All Fall Asleep Where Do We Go? Not only did her hit “Bad Guy” reach No. 1 and knock Lil Nas X’s “Old Town Road” out of the coveted slot, but the singer also secured a sold-out world tour. Which is why the artist is nominated for an impressive six Grammys. Eilish celebrated all she’s achieved with a live performance of “When The Party’s Over” at the Grammys.

Eilish captivated the audience with her live performance. Eilish opened with an intimate rendition of “When The Party’s Over” with her brother and collaborator, Finneas, on the piano. Eilish is known for her pumped-up performances, but the singer opted to showcase her soaring voice at the awards ceremony.

While Eilish’s past year saw many career-related successes, any famous musician knows that popularity can sometimes be difficult. Earlier last year, Eilish revealed she purposefully sports oversized clothing in order to avoid body shaming and hyper-sexualization of her body in the media. The singer later said she feels as though she’s treated differently in the media saying, “as a young female artist, you are looked at differently.” Furthermore, she faced public and online criticism for admitting to not knowing of the classic rock band Van Halen.

But despite facing adversity in media, Eilish is able to put criticism behind her and focus on her career. And Eilish’s impressive number of Grammy nominations is proof of her perseverance. Though it’s been less than a year since the release of her break-out record, Eilish is already setting her sights on the horizon and teased the release of her sophomore effort.

Watch Eilish’s Grammys performance of “When The Party’s Over” above.