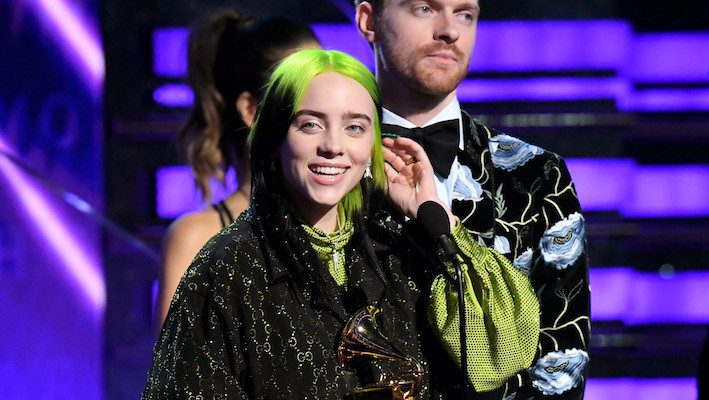 The winner of the 2020 Grammy Award for Best Record Of The Year is Billie Eilish for her song “Bad Guy.” The win completes her sweep of the “big four” categories, as she also won for Album Of The Year, Song Of The Year, and Best New Artist. The field for Record Of The Year was utterly stacked, with Bon Iver’s “Hey, Ma,” Billie Eilish’s “Bad Guy,” Ariana Grande’s “7 Rings,” HER’s “Hard Place,” Khalid’s “Talk,” Lil Nas X’s “Old Town Road,” Lizzo’s “Truth Hurts,” and Post Malone and Swae Lee’s “Sunflower” all competing for the win and compelling arguments to be made for each.

Ahead of the ceremony, Uproxx’s Caitlin White wondered how like it would be for the award to go to a woman, which has happened far less often than one would think, and Grayson Haver Currin breaking down the difference between the Song Of The Year and Record Of The Year award, which isn’t always readily apparent (in short, Record goes to the overall song that you would download or stream, while Song reflects the writing and production that goes into that record).

Billie was the youngest artist to be nominated for the big four awards, which also makes her the youngest artist to sweep them. She was speechless as she won her final award of the night, but that’s okay; she had plenty of opportunities to say everything she needed to, including her intimate performance of “When The Party’s Over,” which you can watch here.