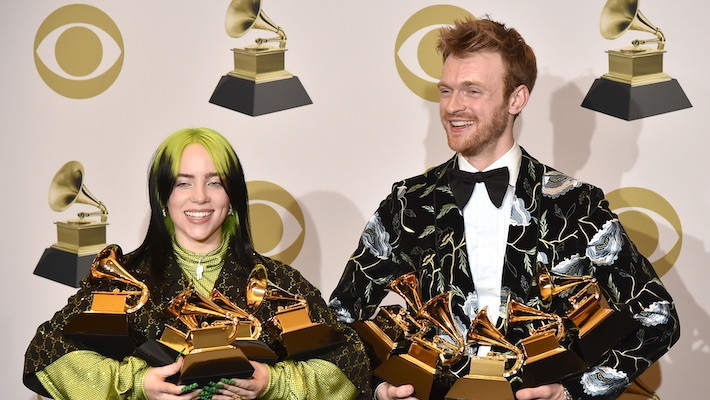 Billie Eilish had an absolutely historic night at the Grammy Awards this past weekend: She became the first woman, the youngest person, and only the second artist ever to win the four major Grammys (Album Of The Year, Song Of The Year, Record Of The Year, and Best New Artist) in one night.

The only musician who pulled this off before her was Christopher Cross, who did so in 1981 based on the success of his 1979 self-titled debut album. Now, Cross has offered his congratulations to Eilish (and her brother/musical partner Finneas) for matching his historic achievement.

Cross shared a photo of himself with his Grammys as well as one of Eilish and Finneas with theirs, and wrote on Instagram, “My record of winning the four General Field Grammys in one night stood for 39 years, until a talented young sister and brother came along. Congratulations to Billie Eilish and Finneas O’Connell for their remarkable contribution to music history. Well done. Records are made to be broken, and I could not be any more pleased with their achievement. Welcome to the club, friends.”

Naturally, Eilish was clearly thrilled and full of emotion after racking up all her Grammy wins, as her misty-eyed backstage reaction immediately after the show proved.