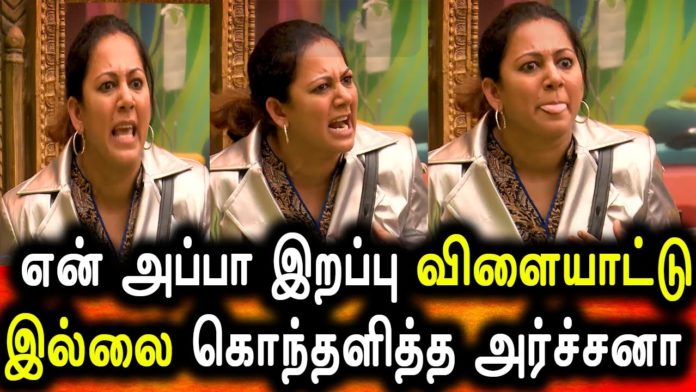 Bigg Boss Tamil contestants are constantly being given very different tasks. The call center task given for the last 2 weeks ended very badly. Kamal also spoke angrily about how they saved each other by talking about it.

Humans have to make every effort to bring out any two emotions like joy, anger, sadness from the team machines. In this task, Aari puts the egg on Archana’s face. Then tears coming from Archana’s eyes are shown in today’s first promo video, which is currently coming out.

The reason for the tears in Archana’s eyes was not shown in the first promo video. The answer is revealed in the second promo video. Archana has a furious fight with Balaji and Rio. Balaji’s consoles her saying it’s a game, to which Archana shouts, ‘My dad’s death is not a game.’