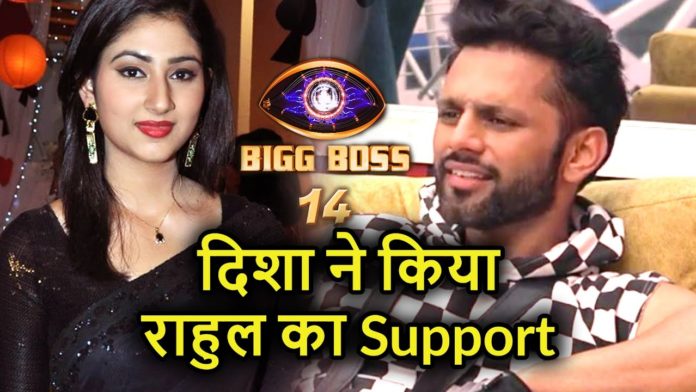 Viewers got a lot of drama in Bigg Boss 14 on the last day. While Rahul Vaidya described Rubina Dilaik as the house’s serpent, the actress called the singer a male. After the battle of Rubina Dilaiq and Rahul Vaidya, their fans clashed on Twitter and started tweeting each other tweeting. Meanwhile, a strange trend was noticed: the fans of actress Rubina Dilaiik started tagging Disha Parmar in the tweet and asked if she had a breakup with Rahul Vaidya.

Disha Parmar could not bear the brunt of internet trolls for a long time and tweeted, “Excellent saying, those who have their own houses of glass, they do not throw stones at others. And to all you well-wishers, I want to say that I can make my own decisions. Keep your suggestions with you. ‘

And all you not so Well wishers.. keep your suggestions to yourself .. i can take my own decisions! #PeaceOut

Let me tell you that Rahul Vaidya proposed to Disha Parmar a few days ago during Bigg Boss 14. Rahul sent this proposal on Disha’s birthday. Since then, Rahul and his fans have been waiting for Disha’s answer. Disha has not officially responded to Rahul’s proposal, so fans are assuming that he has rejected Rahul’s proposal. However, Disha Parmar says that she has sent her reply to Rahul Vaidya.