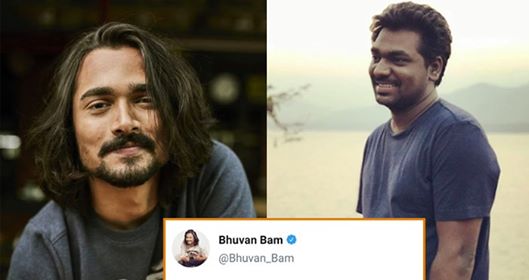 When it comes to fan following, Bhuvan Bam enjoys a very robust portfolio with around 15 million followers under his wing. Time and again Bhuvan Bam has proved that his comic timing and talent is something that always keeps him at the top.

Recently, he took to his Twitter and posted a cryptic tweet certainly about his crush or girlfriend where he wrote how everything was going well until she uploaded a picture in wet hair. He wrote:

While the person who is BB referring to isn’t known to all, but one thing is clarified that Bhuvan Bam isn’t a ‘sakht launda’ as he pretends on social media. Well, seems like it’s the effect of Valentine’s week on the YouTuber.

Well, if you are a fan o Zakir Khan then you must be knowing the meaning of ‘Sakht Launda’ The tweet soon went viral and twitterati soon came up with hilarious and amazing reactions on the tweet. Fans are trolling BB and are asking him about his ‘Sakhtii’.