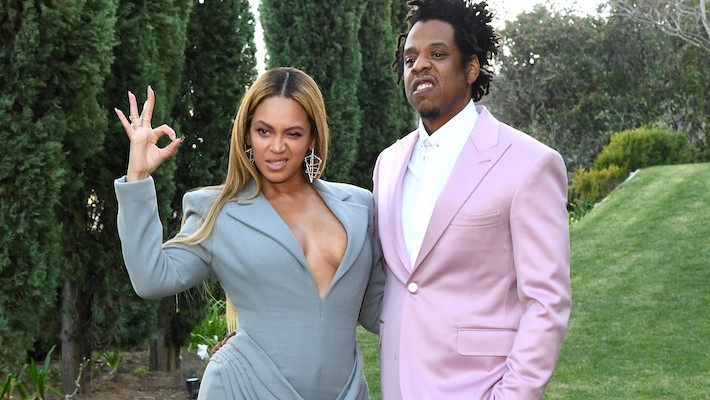 Though a report about Black stylists in The Wall Street Journal from last week seemed to confirm that Beyonce and Jay-Z would definitely be at the Grammys ceremony tonight, the couple opted to skip out. But that doesn’t mean their presence wasn’t felt all throughout the weekend, with their signature Roc Nation Brunch dominating Instagram and other social feeds on Sunday, and appearances at a pre Grammys gala.

Perhaps the two killer looks that Beyonce rocked to the brunch and the gala are what the WSJ article was referring to, and needless to say, Bey’s influence will probably be seen on dresses and styling at different award shows throughout the rest of 2020.

Beyonce was up for several awards at the Grammys this year, including Best Pop Solo Performance for “Spirit” off The Lion King: The Gift, Best Pop Vocal Album for that same project, Best Song Written for Visual Media, again for “Spirit,” and Best Music Film for Homecoming.

But since she’s been nominated for the show’s biggest award, Album Of The Year, three separate times and lost each time, no wonder her and her husband don’t feel like giving their Sunday night away to an organization that doesn’t show them the respect they deserve. Jay also acknowledged his disappointment with repeated nominations and no awards on their latest joint singles, “Apesh*t”: “Tell the Grammys f*ck that 0 for 8 sh*t.”

In the meantime, if they added an award component to the Roc Nation Brunch, I’d sign up for Tidal just to watch that.