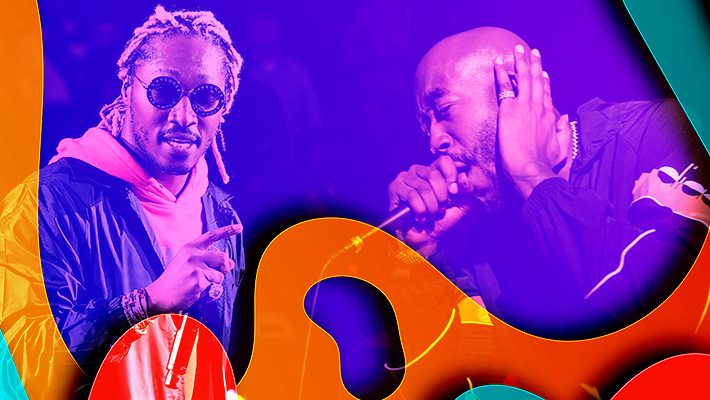 Hip-hop is moving as fast as ever. Luckily, we’re doing the work to put all the best music in one place for you. This week there were videos from Roddy Rich, PartyNextDoor, Rick Ross and Summer Walker, as well as Casanova featuring Young Thug, and Gunna. There were also new tracks from Doja Cat and Rico Nasty.

On “Red Vans,” Freddie Gibbs jumps on a sinister Colleagues production to reflect on his days trappin’ in Gary, Indiana, before gloating that “I just caught a first-class flight to China, bitch you local.”

Game said his Born 2 Rap project was his last album, but he never said he’d stop rapping. He gave some bars to the remix of TOBi’s reflective “City Blues” single, chillingly noting, “In Compton you ain’t gotta be the Klan to lay up under sheets.”

Yo Gotti’s “H.O.E.” acronym has a jarring connotation that’s offset by the American flag artwork and the first scene of the video which features a fictional President Gotti wearing a MAGA-inspired cap. Then he rhymes, “shorty thick thick, we f*ck her friend together,” and you know exactly where the rest of the tuba-driven banger is going. He gladly declares himself a hoe, perhaps following through on a “be honest” 2020 resolution.

The best part about being on a winning team like QC is stars like Future and Lil Baby are within arms reach. Marlo took advantage of that proximity for “1st N 3rd,” the spacey title track from his upcoming album. The video for the single showcases the three artists back in the trap as Lil Baby reminds us, “I took a risk to get rich.”

On the brooding “It’s A Bird, It’s A Plane” single, Wifisfuneral and Ratchet Roach take turns delivering impressive double-time verses over a thumping Nvbeel production. The video features them having fun in the parking lot with voodoo dolls in tow.

Earlier this week Leven Kali dropped a video for his syrupy December single “Homegirl.” The Alexandra Gavillet-directed video carries on the story Kali, Smino, and Topaz Jones tell, showcasing all three of them having a good time with their respective homegirls before joining up at a party.

Luckily Detroit rapper Teejayx6 has transferred his arduous work ethic over from scamming to rhyming. He released his Black Air Force Activity 1 project in December, but released three more songs this week. On “NBA Street Vol. 2,” he rhymes over the classic “T.R.O.Y.” sample (which served as theme music for the NBA Street Vol. 2 videogame) with lines Pete Rock might not be fond of like “her n**** in my DM keep asking me for sauce / so I scammed them changed my number then turned my phone off.” He also released “New Scheme” and “Explaining The Bars.”

Jay Worthy is back on his “Bullsh*t” over a dreamy, West Coast-inspired Cardo production. He sounds at home on the warm production, rhyming, “out in Asia know they love me like I’m Shaolin,” while Kamaiyah delivers a swaggering hook.

Earlier this week, the ever-busy Sada Baby released “Say Whoop,” delving into some nihilism over a menacing piano-driven production.

Pittsburgh rapper Hardo has been buzzing heavily lately. He’s giving his fans a taste what they’ve been asking for with two singles today. “Nothing To Me” is a Tay Keith-produced trap burner where he and Peewee Longway, and Doe Boy take turns letting us know the rap star lifestyle is nothing to a boss. He also released “Every Nite,” a melancholy ode to lost love ones where he lets us know “I got tear drops fallin’ on the paper right now.“

Quando Rondo jumped on the remix to Skooly and NoCap’s “How I Feel,” delivering a melodic verse over the dreamy single from No Face, No Case, a compilation album from 2 Chainz’ T.R.U. University.

KOTA The Friend — “Open On Sunday”

Earlier this week, Brooklyn rapper KOTA The Friend released a video for “Open On Sunday,” a sentimental track from his Lyrics to GO. Vol. 1 project. The video features a couple living out the lyrics of his plea for love, nestling with each other as he muses, “I don’t wanna leave your side, can we make it through this rain?”

Calboy’s “DEAD$” is a grim portrait of his native Chicago, where he rhymes about “facing all them demons” but keeps his mind on the bigger picture, crooning “I’m tryna get to the dough.”

Mysonne paid homage to MLK Day on Monday with “I Had A Dream,” affirming himself as “the heart that’s gon’ start the revolution” over soulful production.

15-year-old Street Bud is one of the youngest signed artists in the rap game. He won season 4 of Jermaine Dupri’s The Rap Game show, which led to a deal with Quavo’s Huncho Records. Now he’s letting us know “What’s The Move” on a braggadocious banger that exhibits his budding star potential.