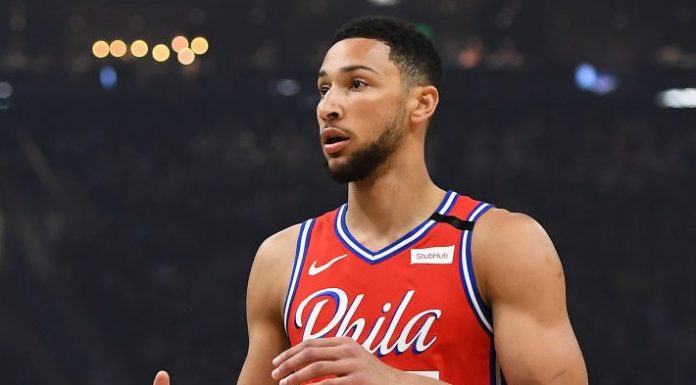 The Philadelphia 76ers will have to get used to life without Ben Simmons for at least the next few weeks. The Sixers’ do-everything guard/forward left in the first quarter of Saturday’s game against the Milwaukee Bucks with a back issue, a scary situation considering that Simmons missed the team’s previous game due to a bad back.

It was announced on Monday that Simmons would undergo further testing and that we’d learn what’s going on one day later. Well, it’s one day later, and according to Shams Charania of The Athletic, Simmons has a nerve issue in his back that will lead to him getting sidelined for at least the next two weeks.

Tests on 76ers star Ben Simmons revealed he suffered nerve impingement in lower back and he will be re-evaluated in approximately two weeks, league sources tell @TheAthleticNBA @Stadium.

Charania also reported the team’s plan of action, which involves Simmons getting treatment on the ailment every day.

Simmons sustained the injury on the play prior to exiting Saturday night in Milwaukee. He will undergo daily treatment and rehab after he consulted with several specialists internally and externally. https://t.co/tuuTVqVd9s

Adrian Wojnarowski of ESPN chimed in with some far more pessimistic news. While Simmons will get looked at in two weeks, the anticipation is that he won’t be able to go at that time.

Ben Simmons will be re-evaluated in 2 weeks for nerve impingement in lower back, but there’s little expectation that he’d be ready to return to lineup that soon, sources tell ESPN. Doctors are hopeful treatment can drive improvement, but Sixers are preparing to play without him.

There are obvious questions about whether or not this could have been avoided if Simmons didn’t play against the Bucks. Regardless, something weird always seems to happen when a Sixers player suffers an injury, so here’s to hoping Simmons is able to avoid that and return sometime this season.