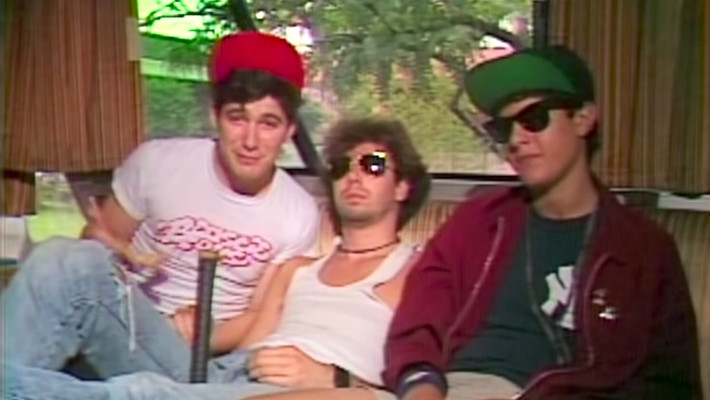 Earlier this year, the Beastie Boys and Spike Jonze announced they were collaborating on a 256-page photo book to be released this spring, but apparently, that’s not all they had in store for 2020. Today, the iconic rap pioneers and their frequent collaborator shared a sneak peek trailer for their upcoming Apple TV+ documentary, Beastie Boys Story. Backed by the instantly recognizable rhymes of the Beasties’ hit song “Paul Revere,” the trailer promises a “live documentary experience” watching Mike D and Ad-Rock break down their 30-year career for an auditorium full of appreciative fans. The full film will premiere on April 24.

If that premiere date sounds familiar to all those Beastie Boys heads out there, it should; that’s the 26th anniversary of the release of the band’s 1994 album, Ill Communication. The movie will also engage a limited run in IMAX theaters April 3. The Jason Baum and Amanda Adelson-produced film will mark over 25 years since the Beastie Boys first collaborated with Jonze on the music video for their Ill Communication single “Sabotage.”

Mike D appeared on Zane Lowe’s Beats 1 radio show to talk about the upcoming documentary, saying that the film came together while the group toured to promote their Beastie Boys Book (not to be confused with the above-mentioned Beastie Boys photo book). “People were like, well why don’t you keep doing these things and would you guys be open to filming it whatever?” he explained. “So we teamed up with Spike and then filmed some shows that we did here in New York City and Brooklyn at the King’s Theater. Then, we ended up kind of just talking stories — talking about where all these songs came from, where we were at, what the circumstances that we were in that allowed us to be the lunch eaters that we are today.”

Check out the sneak peek of Beastie Boys Story above.