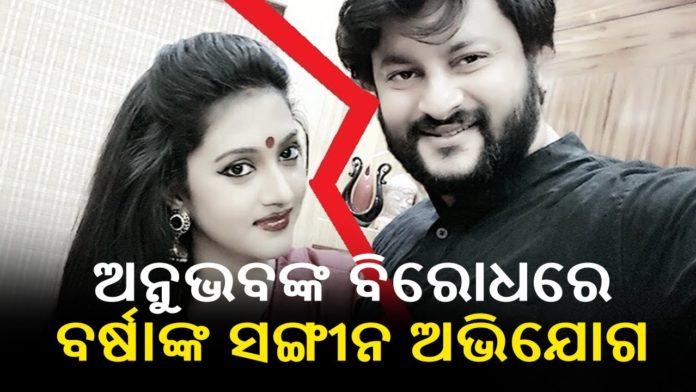 Actress Barsha Priyadarshini was married to BJD MP Anubhav Mohanty and now she has raised an issue of domestic abuse. Barsha has filed a case of domestic violence against Anubhav in the Sub Divisional Judicial Magistrate’s (SDJM) court here.

The case has been filed under section 12 of the Protection of Women from Domestic Violence Act on August 7, 2020. The date for hearing in the matter has been fixed for 7th September 2020.

According to sources, Barsha has alleged that Anubhav is a habitual drunkard and he often drinks with his friends at home. The MP also assaulted and harassed her mentally, she alleged. The actress further alleged that whenever she tried to prevent Anubhav from drinking, he would get violent and physically assault her and tried to throw her out of the house.

“I am yet to receive any legal notice in this matter. I will inform you after receiving it,” said MP Anubhav Mohanty while responding to the media on the case filed against him by his wife Barsha Priyadarshini.